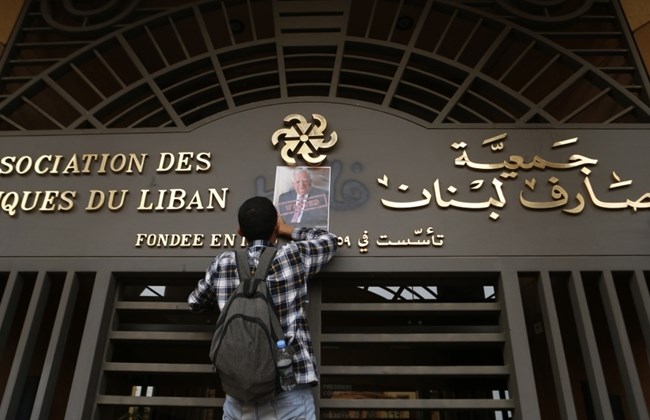 The Association of Banks in Lebanon put the ball in the government’s court by presenting an alternative strategy to counter the Cabinet’s argument that the lenders had to accept restructuring of this sector which was once the pride of the Lebanese economy.

ABL has lobbied hard over the past few days to dissuade Parliament from endorsing the government’s entire economic rescue plan, which it described as catastrophic to the economy.

ABL chariman Salim Sfeir was quite vocal on the subject of the government’s default on Eurobonds, telling Parliament’s Budget and Finance Committee, in the presence of representatives of the Finance Ministry, that what the banks wanted from the government was to settle all its dues to the banks.

“Lebanon’s banks are not asking for a bailout because we don’t need one. Our industry is sound and what we need is for the government to pay us back – in time. We stress ‘in time’ because, although it’s the government’s responsibility to fulfill its promises, we recognize that the government is now undergoing a cash shortage that impedes the fulfillment of its obligations on time,” Sfeir told the committee.

He added that ABL wanted to be “part of the solution by engaging in good faith dialogue with the government in order to agree on a payment formula that is based on our nation’s wealth and our potential to generate balance of payments and fiscal surpluses needed to achieve the macro-economic stability required to the fulfillment of Lebanon’s economic promise.”

The governor laid out these reservations clearly to a delegation from the association.

According to a circular by ABL, Salameh expressed reservations about the approach and measures proposed in the government’s financial recovery plan to address the alleged losses of BDL, adding that the government did not consult BDL when it prepared the plan.

Based on the government’s 56-page economic plan, Lebanese banks need to be restructured and to seek fresh money to make up for the losses they incurred over the past two decades.

Finance Minister Ghazi Wazni was even more forthcoming in his view when he said that the number of Lebanese banks would probably be reduced by half.

It appears that all sides, including banks, agree that lenders can no longer operate under the old economic model in Lebanon.

But the problem is that many of the banks still insist that they can revive this sector if the government pays off all its debts to the lenders and stops meddling in their affairs.

However, some critics dispute this notion and ask how the lenders would restore the losses they incurred even if they managed to lure fresh money.

“Everybody agrees that there are lots of banks in Lebanon. In the future there will be fewer lenders because there won’t be enough room for them in the market,” FFA Private Bank President Jean Riachi told The Daily Star earlier.

Riachi stressed that one of the reasons the banks had survived in the past was due to the fact that most of them made placements at the Central Bank and the state.

Since 1996, Lebanese banks have invested heavily in Eurobonds and government Treasury bills, which increased their exposure to public debt.

Riachi noted that it was up to the state as a regulator to set the criteria for banks to operate based on international standards such as Basel III.

“This issue became crucial after the huge losses incurred by banks,” he added.

Riachi said the government would probably ask the banks to present a “workable” plan and to raise enough capital in order to stay in the market.

The report prepared by a team of experts at the request of ABL argued that the government’s current economic plan would only exacerbate the financial crisis and pile up the losses.

The report criticized the government’s decision to default on the payment of the $1.2 billion Eurobonds in March 2020 but tactfully agreed that restructuring the foreign debt might not be avoidable.

However, ABL strongly believed that the state could not default in the payment of the local debt.

It warned that the negative financial account balance, added to the structural trade deficit, would lead to unsustainable external financing requirements, exceeding the $28 billion forecast by the government over the 2020-24 period.

“Also, based on reputable empirical research, an internal default would lead to a GDP drop 10 to 12 percent in excess of the 14 percent forecast by the government. Social indicators, like unemployment and poverty, would also grow proportionally.”

ABL’s report also touched on the restructuring of the Eurobonds, saying: “Lebanon’s foreign debt (i.e. the portion of its debt held by nonresidents) accounts for 16 percent of total public debt. This feature would allow for a debt reprofiling consistent with Lebanon’s medium-term debt-servicing capacity. This would, in turn, facilitate returning to the international capital markets in the medium term,” the report said.

The report recommended that any attempt to restructure the banking sector should be carefully studied by the financial authorities.

Furthermore, ABL said that [given] “the specific contribution of banks to financing, the economy and the overall GDP, banking sector restructuring is a major building block of the recovery as: (i) The banking sector’s overall health has a strong impact on any sovereign rating and especially in Lebanon, given its relative size.”

The report underlined the need to focus on the productive sector and avoid a rentier economy.

ABL gave many examples of success stories by countries that have almost the same size as Lebanon’s population and also with limited resources.