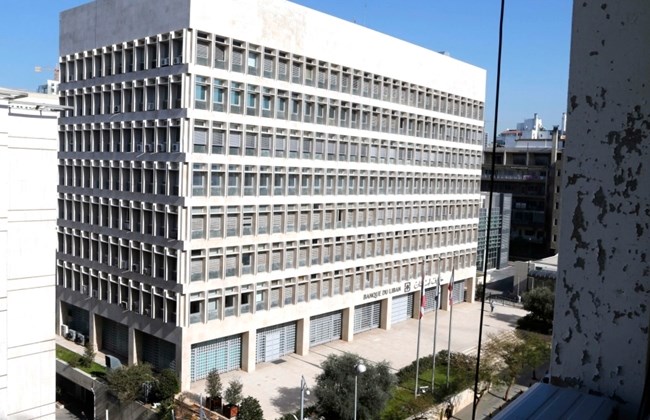 The Central Bank said Thursday that the Feb. 28 deadline for all banks to increase their capitals and repatriate 3 percent of the liquidity from correspondent banks will not be extended.

“Contrary to what is circulated in many articles and analyses, Banque du Liban stresses that banks must comply with all the deadlines stipulated in its circulars to increase capital and secure external liquidity without any modification,” BDL said in a statement.

BDL also stressed that after Feb. 28, 2021, banks must send all their data to the Banking Control Commission, which in turn checks them and sends the relevant reports to the Banque du Liban.

“BDL also affirms that, according to the text of Article 70 of the Monetary and Credit Law, the stability of the banking sector is one of its duties and priorities, and therefore its approach will aim to take all measures aimed at addressing the situation of banks, leading to strengthening the stability of the banking situation and ensuring the funds and rights of depositors,” BDL added.

It added that coordination will be made between Banque du Liban, the Banking Control Commission, the Special Authority, the Markets Authority and the Supreme Banking Authority under the supervision of the governor of the BDL, in order to make Circular 154 with all its provisions succeed.

There were unconfirmed reports that some Lebanese banks have purchased dollar banknotes from the black market in large volumes to beef up their dollar liquidity before the Feb. 28 deadline and this was one of the reasons that led to the dollar rate reaching close to LL9,500 in recent days.

The majority of Lebanese banks are expected to raise their capitals by 20 percent before the Central Bank’s Feb. 28 deadline, but some of them may have difficulty in repatriating 3 percent of deposits in correspondent banks.

Most of the banks operating in the country seemed confident about boosting their private equities even before the deadline looms.

Even the medium and small banks have started raising their capital in December 2020 through the injection of fresh funds or finding new shareholders.

Tanal Sabbah, the chairman and general manager of the Lebanese Swiss Bank and board member of the Association of Banks in Lebanon, told The Daily Star that raising the capital by 20 percent was never a problem for most banks in the country.

“Banks will raise the capitals before Feb. 28. But those banks that may not be able to retrieve 3 percent of their deposits from abroad, will sit down with BDL officials to sort out this problem. But I don’t think Central Bank Gov. Riad Salameh will extend the deadline,” Sabbah explained.

A chairman of a leading bank said he had already raised the capital by more than 30 percent and secured 3 percent of the deposits in correspondent banks.

BDL issued on Aug. 27, 2020, Basic Circular 154 that details the exceptional measures that banks operating in Lebanon have to take.

It requested banks to conduct a proper valuation of their assets and liabilities in order for them to be able to meet all capitalization, solvency and liquidity requirements, as well as to resume regular business activities and banking operations.

The circular stipulated that, in order to boost the banks’ liquidity profiles, especially at their foreign corresponding banks, Lebanese banks should encourage customers who transferred abroad the equivalent of $500,000 or more since July 2017, to deposit the equivalent of 15 percent of the transferred amount in a “special account” with a term maturity of five years.

Also, it asked banks to encourage importers to transfer from abroad the equivalent of 15 percent of the aggregate amount of letters of credit that they opened in any of the past four years, and to place these funds in a “special account,” and block them for five years.

In addition, the circular asked banks’ chairmen, members of the board of directors, major shareholders and senior executives, as well as customers that are identified as “politically exposed persons” and who transferred abroad more than $500,000 or its equivalent in other foreign currencies since July 2017, to deposit 30 percent of such funds and block them for five years.

It said that the amounts deposited into the “special accounts” would be exempt from reserve requirements and from mandatory placements at BDL.

It noted that “special accounts” could bear interest and were exempt from the interest rate cap that BDL imposed on customer deposits in Basic Circular 147 that it issued in Sept. 2019. Also, it asked banks to assure the customers who transfer back the money that they will unequivocally recuperate their deposits at maturity. It added that banks should use the deposits in these accounts to facilitate transactions that boost economic activity in Lebanon.

But most of the banks dismissed rumors that only a handful of the Lebanese lenders can meet the deadline and even ruled out the possibility that many of the banks may close down.