Are high energy prices here to stay? Analysts weigh in on the global gas crisis 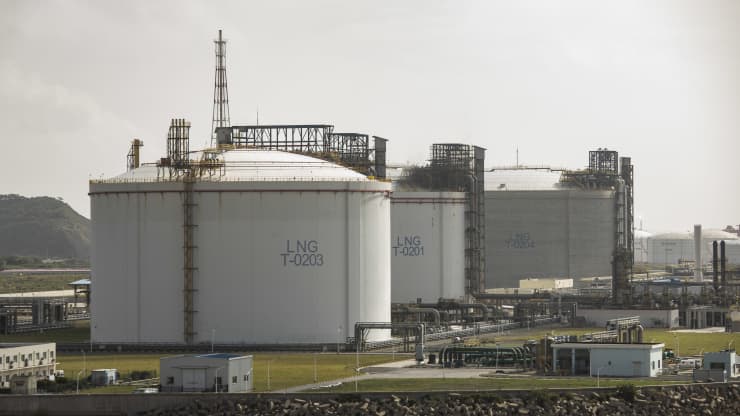 Are high energy prices here to stay? Analysts weigh in on the global gas crisis

Winter hasn’t even arrived, but gas prices have already soared to record highs in Europe and Asia on supply concerns, while several energy suppliers in the U.K. have collapsed.

Natural gas supply is set to rise incrementally in the coming years, before jumping in 2025, analysts told CNBC.

But analysts are divided on whether demand will continue to outstrip supply in years to come.

“This will be a crisis that is reoccurring over the next three or four years — simply because we don’t have a lot of new natural gas supply coming into the market in that period,” he told CNBC’s “Capital Connection” in mid-October.

“By 2025, the situation may change, but I think we definitely have a couple of years where we’re going to be looking at high energy prices,” he said.

“Are we going to be in an energy crisis perpetually for the next three years? Absolutely not,” he told CNBC’s “Street Signs Asia” on Wednesday.

“This is a short-term issue … come March or April next year, we’ll see much more reasonable prices starting to come through again,” he said.

Gas demand is growing “quite rapidly” as countries attempt to shift away from coal and oil, to cleaner energies, Gorry told CNBC again this week. That means the world doesn’t have enough gas, and the market will be very tight for the next three years, he added.

Natural gas is less polluting than other traditional fuels.

While he predicted that the current crisis will pass around February or March, the market will likely tighten again when next year’s winter season approaches and demand rises.

Even if a shortage of gas doesn’t lead to another energy crisis, it could cause the world to fall back on coal and oil, said Gavin Thompson, Asia Pacific vice chairman of energy at Wood Mackenzie.

In a bid to meet its electricity needs, the U.K. fired up an old coal power plant in September.

Thompson expects gas to “feature prominently” in the gradual move toward a cleaner energy mix. However, he said producers are concerned about the long-term future of gas, and may be underinvesting in supply.

If producers don’t invest enough, buyers may turn back to traditional fuels, he warned.

“That’s a big risk because … slowing the pace of the energy transition will make 2030 targets, 2050 targets really, really difficult to meet,” he said.

Other analysts predict that gas supply in the coming years will be able to meet demand.

Anthony Yuen, head of energy strategy at Citi Research, said gas supply is “getting better.” He noted that major liquefied natural gas export terminals are coming online and production is set to increase in Europe, Russia and China.

LNG export facilities cool natural gas down into a liquid state so that it can be transported on ships to places that cannot receive the gas by pipeline.

The crunch this year was a result of a “confluence of factors” — from low hydro power generation in Latin America to “very strong” demand for energy, he said.

He said the period of “really high prices” could potentially cause a slowdown in demand growth, and questioned where demand would grow quickly enough to outpace supply.

Still, he didn’t completely rule out a repeat of the energy crisis.

“Never say never,” he told CNBC over a video call. “It partly depends on [the] weather. But then, once you factor in a number of supply and demand factors, the situation probably will be much better.”

Prices will likely trend lower after this winter, and then come down “much more” in 2025 when a number of LNG export terminals come online, Yuen said.