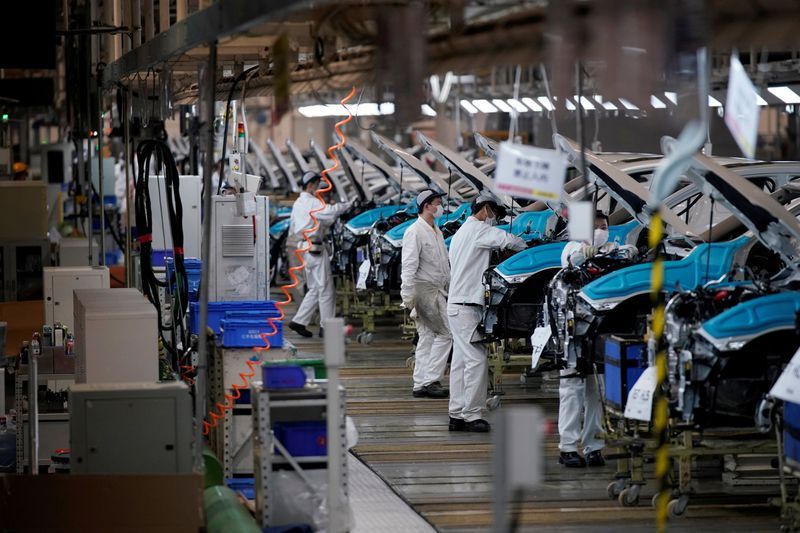 Asia’s factory pain showed signs of easing in June, as a rebound in China’s activity offered some hope the region may have passed the worst of the devastation caused by the coronavirus pandemic.

But sluggish global demand and fears of a second wave of infections will tame any optimism on the outlook and keep pressure on policymakers to support their ailing economies.

A series of business surveys released on Wednesday showed broad improvements in manufacturing across Asia in June from the depths hit in April and May. Activity in some economies swung to growth while declines in other places slowed.

Manufacturing activity also expanded in Vietnam and Malaysia, pointing to a slow but steady recovery ahead.

India’s manufacturing activity contracted for a third straight month in June but at a much slower pace, as both output and new orders shrank at softer rates.

Similarly, the export powerhouses of Japan and South Korea continued to see manufacturing activity decline, albeit at a softer pace.

“The chance of a V-shape recovery in the manufacturing sector appears slim at this stage,” said Joe Hayes, economist at IHS Markit, which compiles the survey.

“We’re still awaiting signs of meaningful improvement in Japan’s manufacturing sector, with the PMI for June failing to stage a substantial recovery.”

Globally, the pandemic has infected more than 10 million and killed more 500,000. A resurgence in new cases in several countries has prompted some governments to backpedal on plans to reopen their economies and fueled concerns the worst is still to come.

In its latest projections, the International Monetary Fund expects the global economy to shrink by 4.9% this year and rebound by just 5.4% next year.

China’s Caixin/Markit PMI rose to 51.2 in June from 50.7 in May, marking the highest reading since December 2019. That followed a similarly upbeat reading from the Chinese government’s own PMI on Tuesday.

Vietnam and Malaysia also saw their PMIs crawl back above the 50-mark separating growth from contraction, a welcome sign for policymakers struggling to combat the pandemic’s fallout.

“The host of PMI data release this morning offers some reassuring signs that the outlook for the crucial manufacturing sector continues to be on the mend,” said Wellian Wiranto, an economist at OCBC Bank.

But analysts expect any recovery in the region to be slow.

While China’s export orders shrank at a slower pace, its employment contraction worsened, the PMI showed, underscoring the fragile recovery.

Japan’s PMI rose to a seasonally adjusted 40.1 in June, while South Korea’s PMI ticked up to 43.4 – both remaining far below the rise-or-fall threshold of 50.

“If demand doesn’t rebound fast enough, companies will have to shed jobs,” said Shinichiro Kobayashi, senior economist at Mitsubishi UFJ Research and Consulting. “That will delay Japan’s economic recovery, which could end up in a L-shape.”