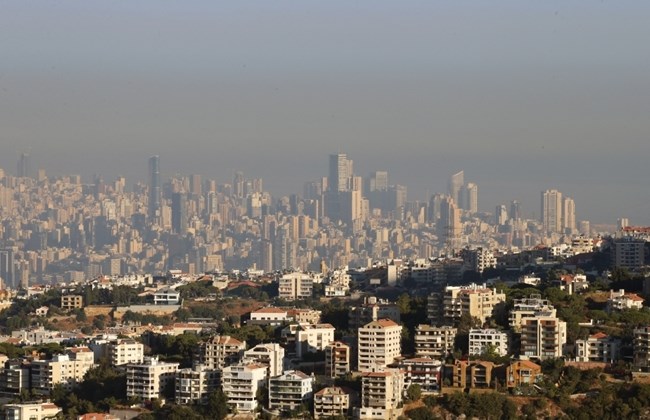 The demand for properties in Lebanon is expected to continue for the next few months until the negotiations between the government and International Monetary Fund reaches a conclusion, Bank Audi said in its real estate report.

“What can be ascertained is that the current situation of high demand is likely to prevail at least in the next few months. That is, awaiting drastic measures to be taken by Lebanese authorities to deal with the ongoing economic and financial crisis. Given the ongoing negotiations with the IMF and among local authorities themselves, it might be a while before an economic settlement is reached and/or a financial and monetary restructuring is agreed upon,” Audi said in its report.

According to figures released by the Finance Ministry, the total value of real estate transactions registered by the Treasury jumped by 52.5 percent compared to the same period of 2019 to reach $3.7 billion. It was $2.4 billion in the first five months of 2019.

But in terms of volume, the real estate transactions during this period fell by 1 percent compared to the same period of 2019.

Properties are still seen as a sound investment in times of financial crisis and the increase in the value of land sales in the past six months proved that many Lebanese have lost faith in the banking sector.

Banks have restricted the withdrawals of dollar banknotes although the Parliament has not passed the capital control law yet despite the continued demand from the IMF.

Audi said that despite a peak in land sales, construction activities declined sharply over the past few months.

Audi noticed that with the economic and financial crisis exacerbating, and a lot of realty being sold relative to previous months, sellers somewhat regained the upper hand in negotiations and some of them even started to increase their asking prices (against bank check payment).

“Gradually, asking prices of residential real estate in the capital city rose for the growth to reach 20 percent-30 percent in June 2020 relative to a year ago, as per the estimates of Ramco Real Estate Advisers estimates. This is due to high demand, decreasing stock, and the marked depreciation of the value of local dollars in tandem with the local currency depreciation, noting that a local dollar is today valued at less than half a fresh money dollar (i.e. a dollar banknote or coming from inward international bank transfers).”

Audi did not expect the demand for properties to drop in the coming few months.

“Demand is unlikely to wane in the next few months. Given high construction materials costs due to FX depreciation, new supply is highly unlikely anytime soon. Hence, market dynamics currently in place are likely to be prolonged over the coming period. This might mean further upward pressures on realty prices in local dollar terms, that are until sellers would refrain from being fully paid in local dollars.”

Audi said that developers do not wish to kick off new projects, adopting a wait-and-see attitude, and even refrain from doing so even if they intended to launch construction works because of current market conditions.