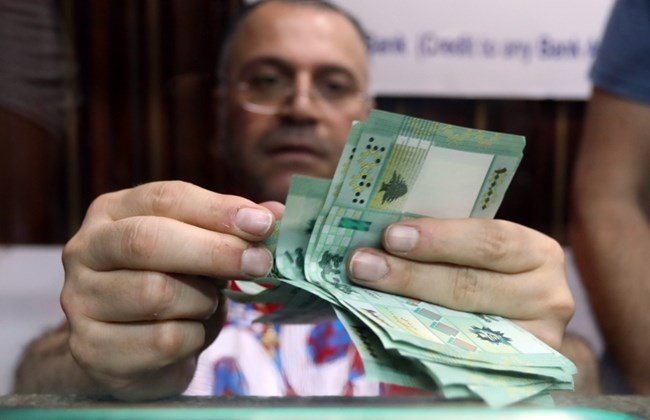 The Lebanese pound’s decline showed no signs of abating Tuesday, plunging to LL8,650 against the dollar a day after the resignation of a key official in Lebanon’s negotiations with the International Monetary Fund.

Meanwhile the chaotic splintering of the country’s currency rates continues despite government efforts to distribute dollars to licensed exchanges on condition they sell at a daily fixed rate.

Banque Du Liban-set rate to buy and sell rates for the licensed exchanges remained stable at LL3,850 and LL3,900 respectively. Meanwhile on the black market, dollars were being sold for around LL8,800 and bought for LL8,500, down from LL8,000 and LL7,900 a day earlier, reflecting BDL’s inability to plug the hole.

The Central Bank is pumping $3.4 million daily into licensed exchanges in a bid to stabilize the currency. However according to the head of the Syndicate of Money Changers, Mahmoud Halawi, around $8 million is needed daily to keep the pound stable.

The pound’s downward spiral on the black market comes as the government moves to impose stricter criteria on people buying dollars. Money changers are expected to record the details of customers buying dollars using a tablet-based app called Sayrafa, in order to demonstrate customers’ legitimate dollar needs. Such needs may include paying dollar denominated loans or foreign tuition fees.

Meanwhile, banks changed the rate of ATM withdrawals to LL3,850 from LL3,000 in an attempt to lessen the gap with the black market rate.