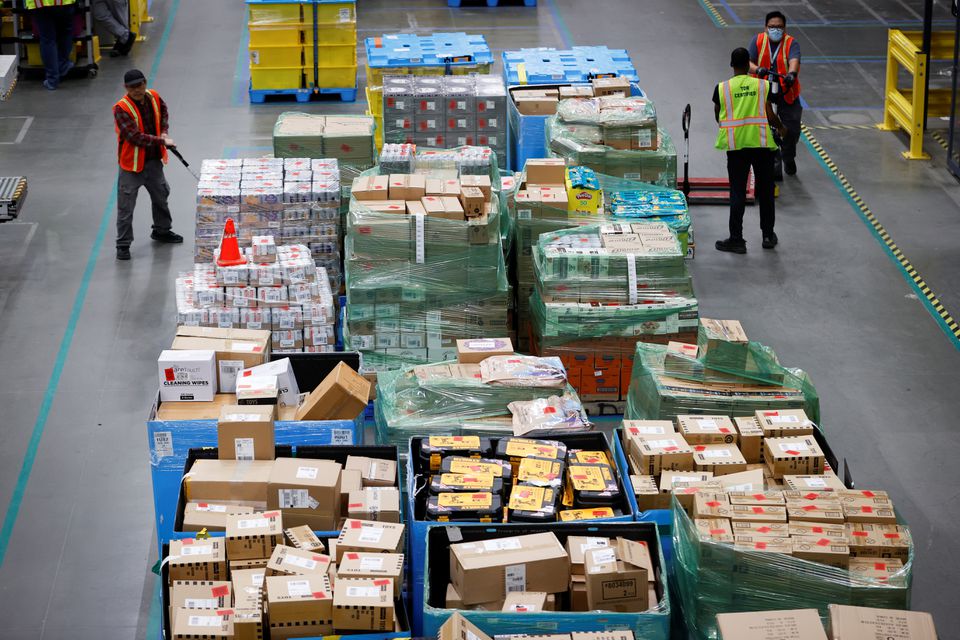 Retailers had also spread out promotional deals across more weeks to protect profit margins from surging supply chain costs and to better manage inventories amid widespread product shortages ahead of the Christmas shopping season.

Those attempts have pinched sales on what are traditionally some of the biggest shopping days of the year, with Adobe Analytics data over the weekend showing spending online during Black Friday fell for the first time ever.

“Online sales on big shopping days like Thanksgiving and Black Friday are decreasing for the first time in history, and it is beginning to smooth out the shape of the overall season,” said Adobe Digital Insights director Taylor Schreiner.

US spending on Cyber Monday crossed US$7 billion (S$9.6 billion) as at 9pm ET, according to the Adobe Digital Economy Index.

Early estimates showed spending to be between US$10.2 billion and US$11.3 billion. That translates to roughly flat growth at the midpoint compared with last year’s US$10.8 billion, which was a near 15 per cent jump from 2019.

Excitement on social media around Cyber Monday is also ebbing.

“Cyber Monday continues to be extremely relevant, particularly in the digital world, but the buzz has been more muted than we’ve seen in recent history,” said Mr Rob Garf, general manager of retail at Salesforce.

Discount rates in the US in the week leading up to Cyber Monday were on average 8 per cent lower than last year, according to Salesforce.

The holiday season kicks off just as the new Omicron coronavirus variant has triggered uncertainty over the economic reopening, but experts say it is too early to predict the impact on consumer spending.

On Black Friday, the day after Thanksgiving, US shoppers spent roughly US$8.9 billion online, down from US$9 billion a year earlier, according to Adobe data.

A separate data point released on Monday by MasterCard SpendingPulse, which calculates overall US retail sales across payment methods, found US shoppers spent 14 per cent more on merchandise excluding automobiles from Nov 26 to 28, compared with the same holiday weekend a year earlier. The estimates include purchases made in stores.

Shoppers’ spending online increased 5 per cent over the three-day period compared with a year earlier, and by 28.7 per cent when compared with the same period in 2019, according to MasterCard SpendingPulse.