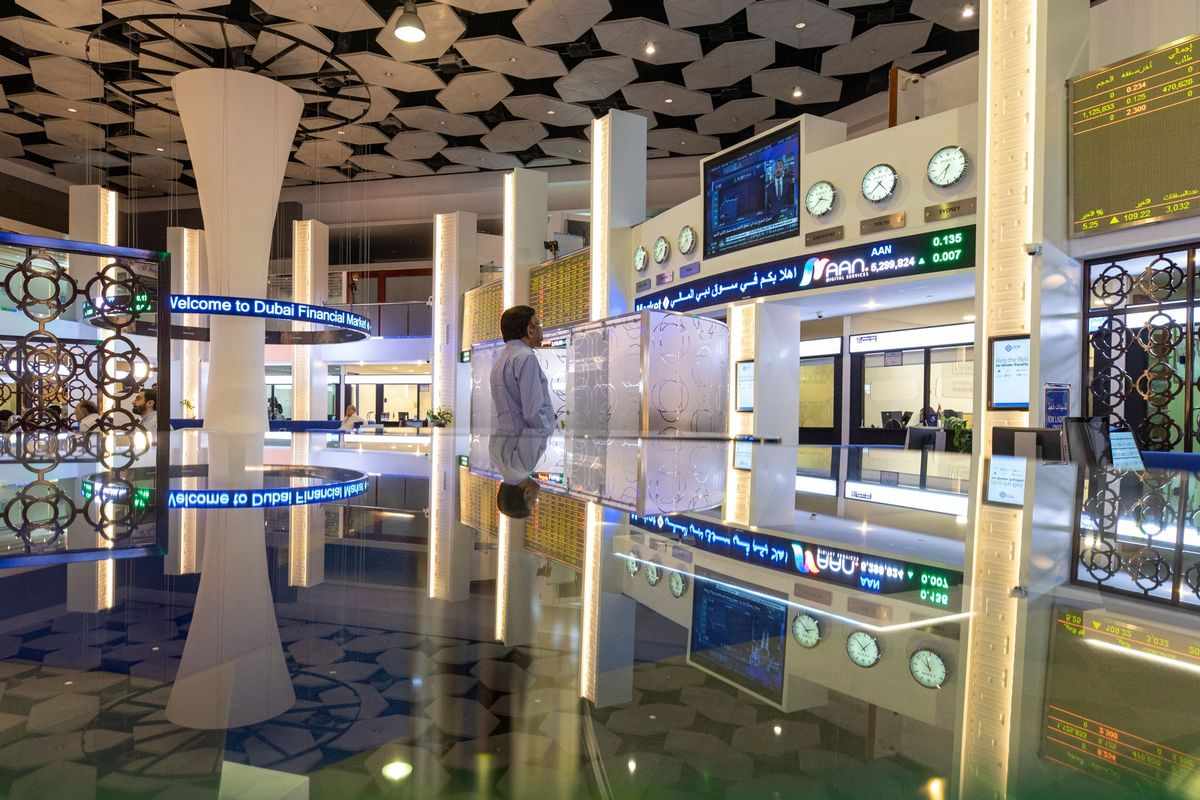 Traders of Russian commodities are rushing to set up businesses in Dubai as Switzerland makes it increasingly challenging for them to deal with Moscow.

Switzerland has for decades been home to middlemen helping to match Russian producers with buyers all over the world. Now, a ratcheting up of sanctions is prompting a migration to the emirate in the Persian Gulf.

Russia’s three largest oil producers are in the process of evaluating Dubai for trading operations, and several other firms have already relocated there. For Switzerland, some kind of exodus appears inevitable after the country followed European Union bans targeting exports from Russia.

“The trade will go on,” said Mr Wouter Jacobs, director of the Erasmus Commodity & Trade Centre at Erasmus University in Rotterdam. “Middle Eastern and Eastern jurisdictions will gain in importance relative to the rather euro-centric situation of the commodities business up to now.”

Progressively restrictive sanctions have made trading difficult for Russia’s state-owned firms, including those transporting the country’s commodities. Unofficial self-sanctioning has also been an issue – banks have pulled credit lines crucial for financing deals, while shipping companies and insurers are also cutting off their services.

That’s created an opening for Dubai, which has steered clear of imposing sanctions on Russian individuals and entities – intensifying the competition Switzerland already faces as a nerve centre of global commodities trading.

While Switzerland claims neutrality and won’t allow its weapons to be taken to the conflict zone, it has followed the EU in imposing increasingly stringent restrictions on some commodities, banks and individuals deemed close to the Kremlin.

By the end of 2022, the EU will have restrictions in place banning the insurance and financing of transporting Russian oil to countries outside of the bloc and Switzerland has said it will do likewise.

“The Federal Council announced it will do exactly the same and so this is part of it,” a spokesperson for Switzerland’s State Secretariat for Economic Affairs – or SECO – said by phone. “It’s really the same, we take all the ordinance of the European Union into Swiss law.”

If fully enacted, that’s likely to make dealing with Russian oil more difficult and adds to Switzerland’s outright ban on brokerage, sales and providing financial services on Russian coal that was announced in April. But the regulations will also contribute to some businesses moving elsewhere.

“A trade between Russia and China for energy may normally have been done by a commodity house in Switzerland, with financial support from a banker in London – who wants to do that now?” Mr Jacobs said. “It’s likely outfits that do will necessarily move to a new jurisdiction.”

Executives from Russia’s state oil producer Rosneft PJSC have last month jetted into Dubai to explore the idea of a trading venture.

Meanwhile, Gazprom Neft PJSC, Russia’s third-largest oil producer, is also looking to expand its presence in the city, people familiar with the matter said. Litasco, the sales and trading arm of Russian energy giant Lukoil, is looking to relocate some Russian trading and operations staff to Dubai from Geneva in anticipation of making that the new central hub of the company and expanding on a small number of traders already there. Lukoil is Russia’s second-largest oil producer.

Another Geneva stalwart – Solaris Commodities, a trader of Russian grain, opened an office in Dubai last week, according to a person familiar with the matter, who asked not to be named because the information is private.

While sanctions don’t include agricultural products, the trader has found it harder to get access to financing as Swiss banks are shying away from Russian commodities – whether they incur penalties or not, the person said. And there’s also a hit to the financing of commodity traders as Russian banks had stepped in to lend to the business as lenders including BNP Paribas and ABN Amro retrenched or pulled out of the sector altogether.

Sberbank, which was recently added to the list of sanctioned entities, saw its commodity trade finance business in Switzerland double in volume last year, with money flowing mainly to the petrochemicals, metals, grains and fertilisers sectors. Those flows now won’t be possible.

Other Swiss towns are facing departures. Zug, long a hub for commodities trading because of its ultra-low taxes, became infamous globally in the 1980s as a refuge from US justice for legendary trader Marc Rich.

Commodities businesses there are also looking to the Middle East. Zug-based Suek, the exclusive marketer of coal from Russia’s biggest producer, is planning to set up a Dubai trading business.

EuroChem Group, one of the world’s largest fertiliser producers with the majority of its assets in Russia is also setting up a Dubai-based venture. Both were formerly owned by billionaire Andrey Melnichenko until after the Ukraine war began.

Several boutique firms in Dubai with links to some larger trading houses have also explored Russian deals, people familiar with the matter said.

The UAE has attracted wealthy Russians and their money since the invasion of Ukraine, and now state-run businesses and private commodity firms are following.

The UAE has developed its financial infrastructure for this kind of moment. The emirates’ banks have in recent years grown to be a mainstay in commodities trade finance, and a regular feature in the syndicated revolving credit facilities issued by the industry’s biggest houses.

Dubai’s plethora of free-trade zones, its proximity to Middle Eastern energy producers, and low taxation have already proved enticing too, even if the city still has ground to make up on global centres like Singapore, London, Geneva and Stamford.

Last year, the Dubai Multi Commodities Centre hosted an event with the Moscow Chamber of Commerce aimed at attracting Russian businesses to set up companies there.

“Dubai has emerged as a real global commodities hub,” said Ms Najla Al-Qassimi, the Dubai-based director of global affairs at B’huth think tank, who was previously based in Geneva. “There’s the right infrastructure, transportation and services to support these companies.”