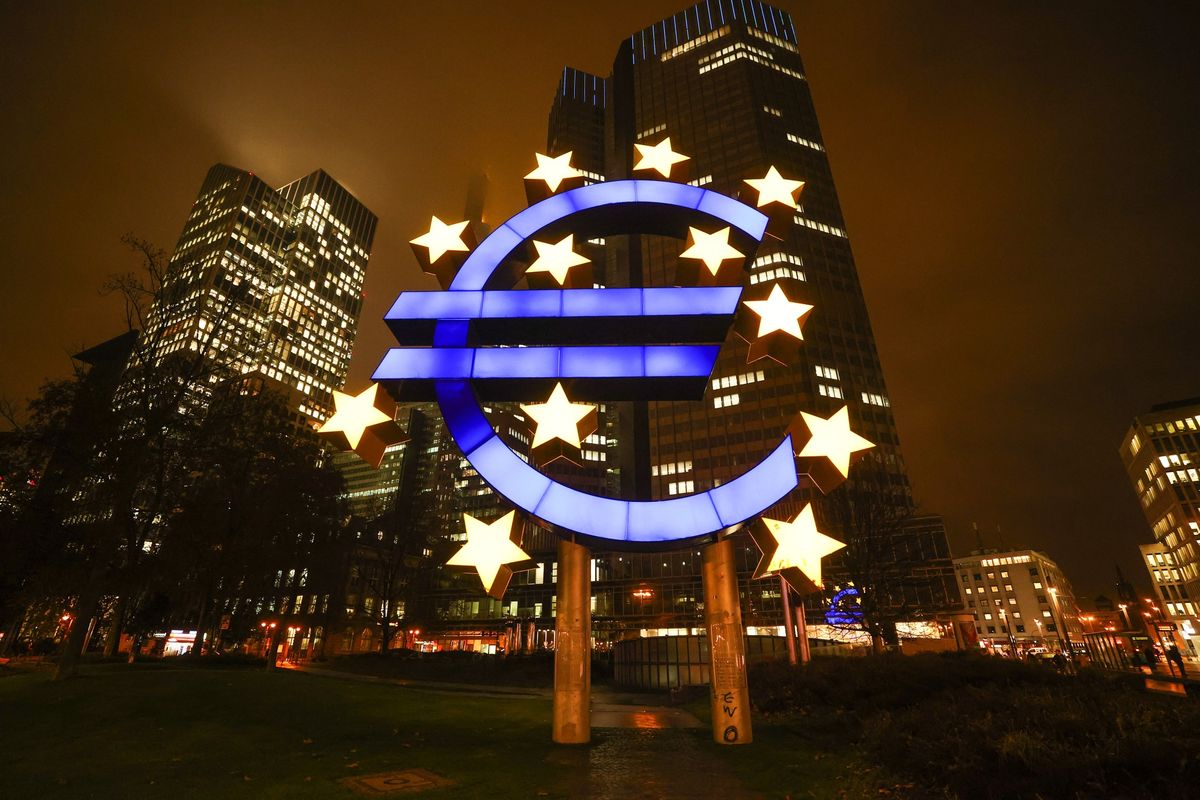 European Central Bank policy makers differed in their Thursday meeting over how much bond-buying would be needed when liquidity in financial markets is thinner during the summer, according to officials familiar with the debate.

The Governing Council session also saw some members raise the prospect of upside risks to inflation in the euro zone, the officials said. The people asked not to be identified because the meeting was private.

On Thursday, the Governing Council decided that emergency bond-buying would continue at a “significantly higher pace” than the 14 billion euros ($17 billion) a week at the start of the year — despite substantial upward revisions to the economic outlook.

President Christine Lagarde flagged that there were differences of opinion during her press conference.

“There was debate on the pace of purchases, on some of the analytical aspects on the use of our instruments. So I use the words broadly agreed. There was here and there a couple of diverging views and not unanimous consent across the board.”

The discussion over liquidity was left unresolved. Some argued that lower market volumes would allow the ECB to spend less than otherwise needed to keep financing conditions favorable, resulting in fewer purchases in the third quarter than the second. Others who focused on maintaining the current purchase pace wanted to see faster buying in July and September to make up for a weaker August.

The ECB has a habit of slowing bond-buying during August amid concerns that a larger presence would overwhelm the market.

ECB has always reduced bond-buying during August amid thin liquidity

In their discussions on inflation, some members raised the question of whether risks to outlook for price growth could be seen as on the upside, the officials said. That’s partly due to the euro zone’s strong economic recovery and spillovers from the U.S., where inflation has soared.

Lagarde said in her press conference that higher inflation rates will be temporary and underlying price pressures remain subdued.

“The European Central Bank under President Christine Lagarde has again shown its determination to provide the euro-area economy with plenty of monetary stimulus to grease the wheels of recovery.”

The central bank ultimately used its meeting to renew its pledge to deliver heightened monetary support, despite acknowledging for the first time since 2018 that the risks to economic growth are now balanced.

“A sustained rise in market rates could translate into a tightening of wider financing conditions,” Lagarde said. “Such a tightening would be premature and would pose a risk to the ongoing economic recovery.”

She also said it’s still “too early” to discuss when the emergency bond program should end.

“Characterizing the risks as being ‘broadly balanced’ while maintaining a higher pace of purchase is a clear win for the doves,” said Rishi Mishra, an analyst at Futures First. “The only saving grace for the hawks is the prospect of a reduction in pace in September.”

The decision provides a foretaste of the kind of evaluation that colleagues at the Federal Reserve might do next week, when they too are likely to recommit to more stimulus for now.

As Lagarde started speaking, the U.S. published figures showing inflation there jumped to 5% in May, stoking concerns that price gains might become entrenched. The Fed says it expects them to be temporary.

Likewise, Lagarde insisted that price pressures in the economy “remain subdued” even as she unveiled forecasts that showed faster growth and inflation this year and next.

Economic output and inflation predictions boosted for 2021 and 2022

ECB policy makers accelerated the pace of their 1.85 trillion-euro program three months ago to rein in rising borrowing costs, and several argued before the meeting that the economy isn’t ready for a withdrawal of support, setting the scene for a repeat pledge. Most economists don’t expect a reduction until September.

Alongside the decision on crisis purchases, officials left interest rates, long-term loans to banks, and an older bond-buying program unchanged.