Europe Is About to Get First Glimpse at Virus Economic Damage 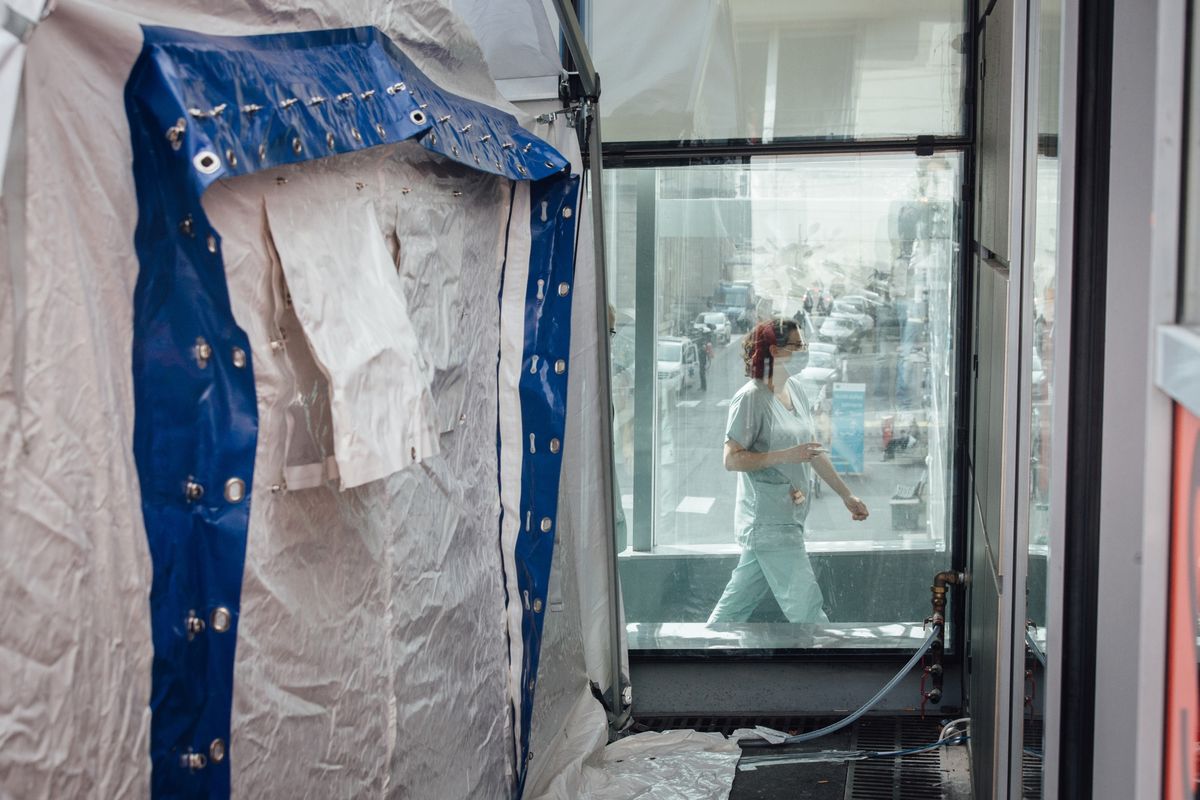 Europe Is About to Get First Glimpse at Virus Economic Damage

Europe is about to learn how badly the coronavirus has already scarred its economy, with the true extent of the damage still hard to grasp.

Large parts of the continent are under lockdown to rein in the disease, affecting everything from mom-and-pop stores to manufacturing giants like Volkswagen AG, and pushing the region into recession. Reports due on activity and sentiment in March could show huge declines, reflecting the unprecedented paralysis of the economy.

The numbers come after a weekend that saw another increase in Covid-19 cases, and governments clamping down even more to try to contain the disease. German Chancellor Angela Merkel has self-quarantined after coming into contact with a doctor who tested positive for the virus.

This week will see the release of business and consumer sentiment from the euro region’s three largest economies, and an initial gauge of factory and services activity. Economists expect the latter to plunge to levels last recorded during the Great Financial Crisis.

Forecasts for 2020 are already suggesting this will be worse. Bloomberg Economics sees contractions of more than 3% this quarter and 2.4% in the second, which would be the deepest consecutive drops in the euro area’s history.

Governments have responded to the threat of spiraling unemployment and corporate bankruptcies with billions of euros of spending, while the European Central Bank has also announced stimulus. In Germany, an early estimate of March business sentiment plunged the most in almost three decades.

It’s a similar story around the world, including in the U.K., where massive fiscal and monetary measures have been unveiled to combat the expected slump. On Sunday, Morgan Stanley predicted a huge slump in U.S. GDP in the second quarter.

The pandemic is hitting Europe at an unfortunate time, with the economy already weakened from a prolonged manufacturing slump.

Now — with most shops closed, factories idle and workers at home — leaders are telling citizens to brace for the biggest crisis since World War II.

“The coronavirus recession will not be like the euro area’s last downturn […] The recovery won’t be delayed by a need to reconfigure the economy — it will simply be enough for people to return to work. Whether there are jobs to go back to depends on what governments do now. If they step up, the recession will be deep but short-lived. If not, there’s a chance the euro won’t survive it.”

Investor concern saw yields on Italian and Spanish debt spike higher this month, though they swung back after ECB intervention late last week.

Along with its existing record-low interest rates, the ECB has announced a 750 billion-euro ($803 billion) bond-buying program and generous loan offers to banks. Should that not prove enough, President Christine Lagarde has pledged to do what’s needed.

“There are no limits,” she said last week.