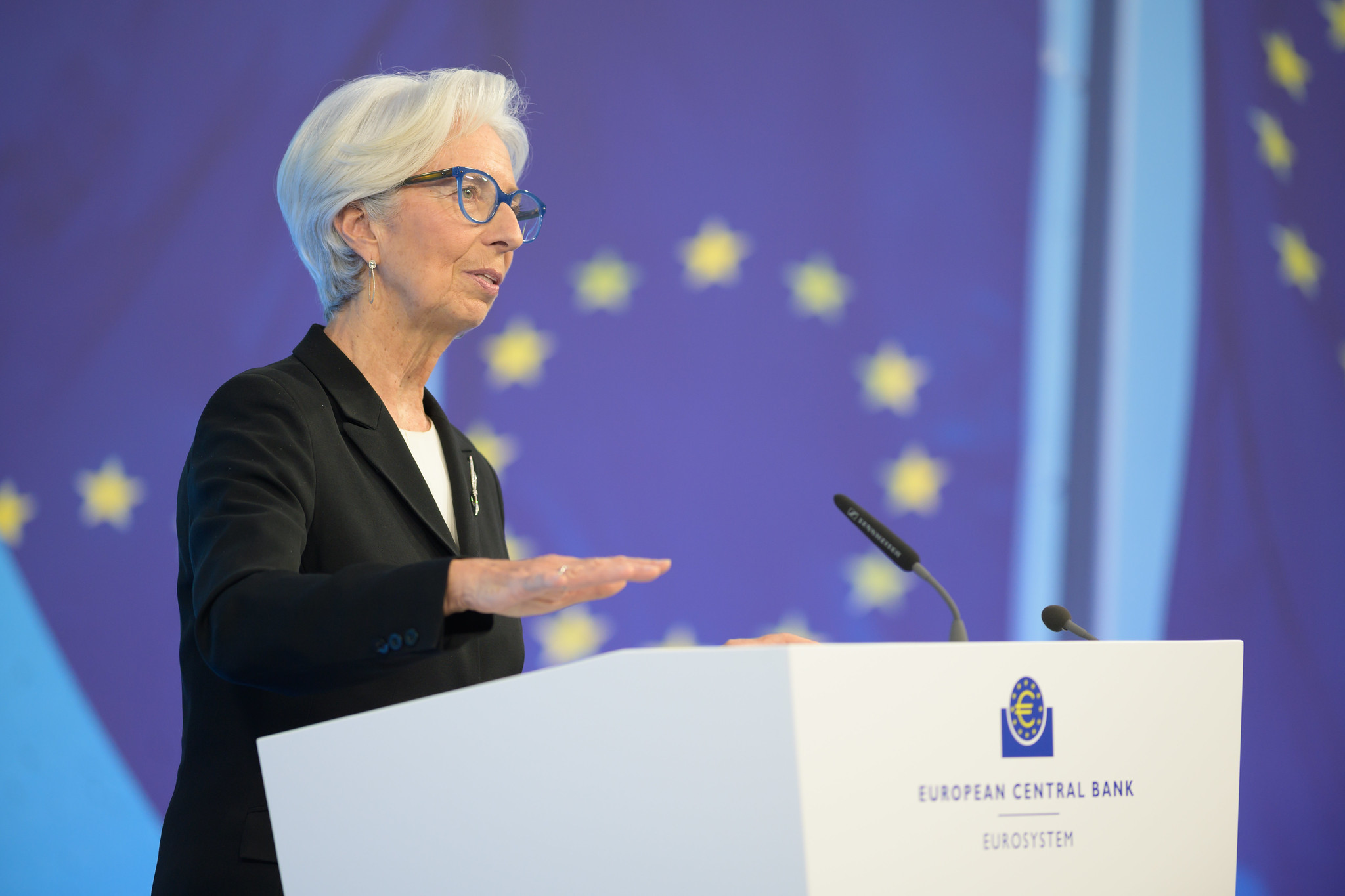 The European Union’s path to joint fiscal stimulus is looking less assured than its monetary guardians would like, casting further clouds over an outlook already stunted by the bloc’s botched vaccination drive.

European Central Bank President Christine Lagarde last week gave a hint of alarm to lawmakers on the slow rollout of the 750 billion-euro ($896 billion) pandemic recovery fund, building on the warning of colleagues. That heaps pressure on the EU’s leadership to get its flagship tool right, especially with other parts of its crisis response faltering.

U.S. growth is set to significantly outpace the euro area this year

Federal Reserve Chair Jay Powell reinforced the point last week when he declared that he would “love to see Europe growing faster.” ECB officials might wholeheartedly agree, knowing that the onus will be on them to stimulate the economy more if fiscal help isn’t there.

“They’re looking at what’s going on on the other side of the Atlantic and it becomes clear that what Europe is doing is inadequate,” said Nick Kounis, an economist at ABN Amro Bank NV in Amsterdam. “There’s a concern that without the same fiscal effort in Europe, the output gap is going to remain in place.”

Lagarde noted the difference in strategy from the U.S. in the European Parliament on Thursday, but also suggested it’s a good reason why governments shouldn’t dawdle.

“Rather than lamenting the insufficiency, the different pace, the diverging impact, all of us should put all the energy we have in making sure that we deliver, and that implementation follows through as quickly as possible without too much procrastination,” Lagarde said. “It matters for the confidence effect.”

“The sense of panic in the EU about securing enough supply for all 27 member states coupled with vaccine hesitancy is risking economic confidence in the region.”

Payments under the recovery fund should start around the middle of 2021 and are stretched over several years, focused on investing to retool the bloc for a greener and more-digitized future. Most governments’ submissions to the EU still need work before an April 30 deadline, according to people familiar with the issue.

Likewise, just 13 of the 27 member states have approved a provision that allows the Commission to finance the fund in the bond market.

Observers insist the process is still within a long-planned timeline.

“The agreement was not just to give money to countries and let them do what they want,” said Zsolt Darvas, a senior fellow at the Bruegel think tank in Brussels. “If you don’t just want to throw the money out the window, but have sensible investment and spending, you need to prepare detailed plans.”

Note: Herd immunity forecast at 70%-85% vaccination level. *Projections are based on current pace of daily vaccinations. If pace accelerates in the weeks or months ahead, target will be met faster

Confidence in the fund is all the more important because the bloc’s slow vaccination rollout has meant extended restrictions and almost certainly another economic contraction this quarter, a predicament that will focus minds at an EU summit on Thursday.

Resurgent coronavirus outbreaks threaten to prolong that pain, with Germany’s rate of infections reaching the highest in almost two months on Sunday. The euro-zone economy is currently projected to return to its pre-pandemic size only in the middle of 2022, a year behind the U.S.

Berenberg economists on Monday cut their 2021 growth projections for the currency bloc to 4.1% from 4.4%, based on the assumption that restrictions are only lifted in the second half of April. More government support and higher savings should then lead to a stronger rebound next year, they said.

“My concern is that, compared with the enormous U.S. fiscal impulse, the effects of the European one will kick in with a major delay,” ECB Governing Council member Peter Kazimir said in an interview published on Wednesday. “The joint fiscal reaction is lagging behind and needs to pick up its pace to support the recovery.”

In comments to Les Echos the same day, ECB Executive Board member Isabel Schnabel also wondered if the EU effort may be inadequate.

“The U.S. measures are bigger,” she said. “It may be that the European support will turn out to be insufficient.”

The longer the vaccine crisis drags on, the more important the recovery fund becomes, because in the meantime almost all fiscal aid comes from national measures applied unevenly across the region.

Morgan Stanley economists say that unless inoculations pick up soon, a second summer could suffer lockdowns hitting tourism-dependent southern countries hardest. The fund is “designed to support a synchronized recovery by targeting support on the worst-hit areas,” they wrote in a report.

While Lagarde acknowledged spending plans should be “well-designed,” she reminded lawmakers of her challenge while the EU Commission does due diligence. Bond yields are rising because of an expected U.S. inflationary boom, forcing the ECB to accelerate stimulus to stop that stoking higher borrowing costs for companies and households.

The recovery fund “should become operational without delay,” Lagarde said. “We should not be too downbeat about ourselves, but we should absolutely deliver.”