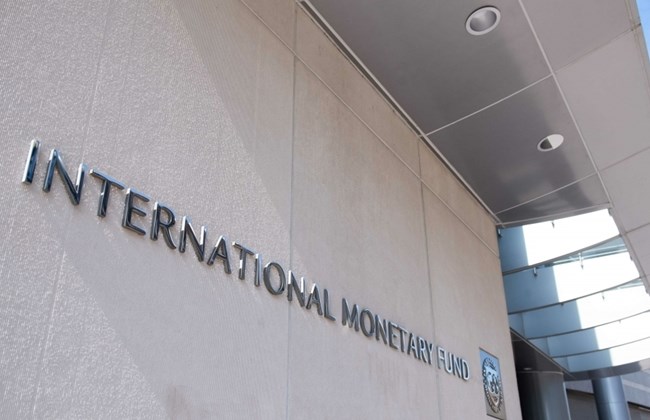 France is putting pressure on the International Monetary Fund to reach a deal with the new Lebanese government once the economic reforms are adopted, a source said Tuesday.

“France has an important seat at the IMF and this will allow it to induce the fund to close a deal with Lebanon on financial assistance once a new Cabinet is formed and once the urgent financial reforms were placed on the right track,” a senior political source told The Daily Star.

The designated Prime Minister Mustapha Adib has yet to present the final Cabinet lineup to President Michel Aoun.

But one main hurdle delaying the formation of the new Cabinet was the insistence of the Amal Movement and Hezbollah to name the new Finance Minister or at least to approve the new proposed name.

French President Emmanuel Macron made a two-day visit to Lebanon earlier this month to encourage all Lebanese parties and politicians to expedite the formation of a non-partisan Cabinet and to implement reforms in a short time to unlock financial assistance from the IMF and the international community.

The source explained that France is keen to help the new Lebanese government receive financial assistance from the IMF provided that the new Cabinet adopts financial and administrative reforms to cut the budget deficit.

The source also revealed that the Finance Ministry under caretaker Finance Minister Ghazi Wazni has updated the original economic plan by proposing the creation of a state sovereign fund.

“The Finance Ministry and Lazard have agreed to include the sovereign fund to the original plan in a bid to cut the total losses incurred by the state. The ministry wants to show the international community that Lebanon is not a bankrupt country and it has important assets worth billions of dollars,” he added.

The source stressed that the state would not use the proceeds of the state funds to pay off its debts to the banks.

According to the plan, which needs a law from the Parliament, the assets of the state funds will be added to the balance sheets of BDL at least on paper.

The assets of the proposed sovereign funds are divided into two categories: State-owned corporate assets and state-owned properties and lands.

The source said the idea of the fund was supported by the president of the republic, speaker of parliament and the prime minister.

“The government wants to demonstrate to the international community that Lebanon can utilize these assets in the future to generate new revenues. The new Cabinet can for example, sign a contract with company to invest a state-owned property under a BOT agreement,” the source said.

He added that the IMF has accepted the idea of creating the sovereign fund after some hesitation in the beginning.

The source emphasized that the assets will be added to BDL’s balance sheet and will help cut the losses of both the state and commercial banks that loaned the successive governments.

Wazni has started negotiations with the IMF six months ago and presented a comprehensive economic rescue plan that calls for the restructuring of the public debt, the Central Bank and the commercial banks.

The plan gave estimates of the total losses incurred by BDL and the commercial banks, calling on both parties to bear the brunt of the losses through a haircut on the deposits and assets.

The IMF publically praised the economic report prepared by the US-based Lazard and the IMF team.

But despite the positive steps presented by Wazni and his team, the IMF remained reluctant to release funds until the government start actual implementation of reforms.