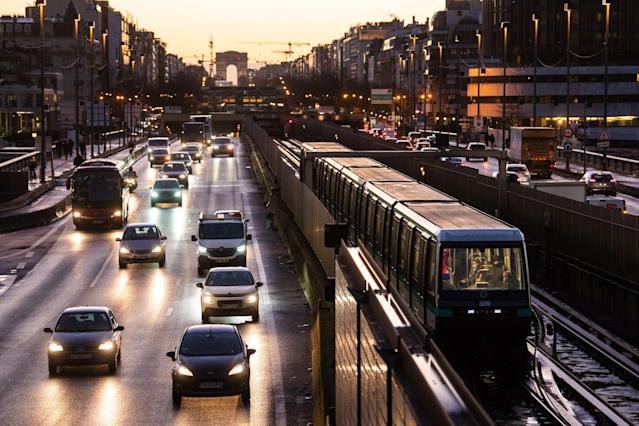 The French economy returned to growth in the first quarter after the government delayed implementing strict Covid-19 lockdowns that have since clouded the outlook.

Output in the euro area’s second-largest economy grew 0.4% in the three months through March, helped by President Emmanuel Macron decision to put off the tougher restrictions imposed in other European countries. Economists polled by Bloomberg expected a stagnation.

While the French report is a positive surprise, it’s the first of several on Friday that will show the European Union far behind its peers in recovering from the pandemic amid a slow vaccine rollout. Germany probaby contracted, and the 19-nation euro zone as a whole almost certainly slipped into a double-dip recession last quarter, whereas the U.S. posted annualized growth of 6.4% — fueled by a rush of consumer spending.

France’s economy returned to growth in the first quarter

France’s stronger-than-expected performance was supported by continued growth of business investment and a slight rebound in consumer spending after a slump at the end of 2020. Trade dragged on output.

The resilience may not last into the second quarter now that the government has enforced a strict monthlong lockdown that includes closing schools, nurseries, and non-essential stores, and restricting travel between regions. A separate report Friday showed consumer spending already started falling in March, when restrictions were tightened to a lesser degree.

Macron has set out plans to begin lifting restrictions from next week, but only gradually, with some curbs remaining in place until the end of June.

Coming Up (all times CET)