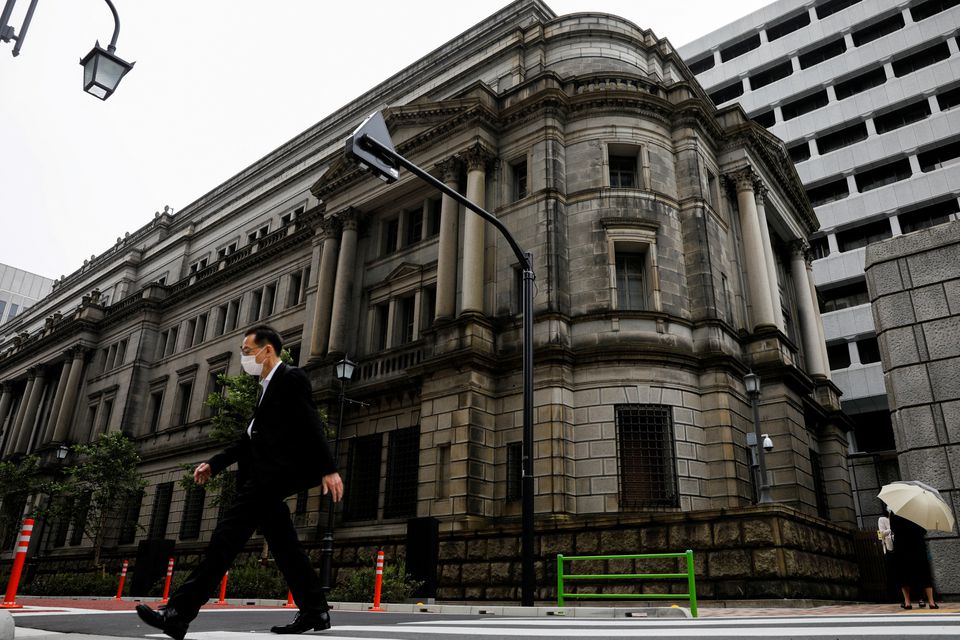 Japanese bank lending rose 1.8% in July from a year earlier, accelerating from the previous month, as some companies borrowed more to meet rising raw material costs amid a surge in global commodity inflation.

The increase, which followed a revised 1.2% gain in June, reflected rising fund demand for property investment as well as mergers and acquisitions, a BOJ official told a briefing.

Companies were also boosting lending to meet rising raw material costs and a re-opening of the economy as curbs to combat the COVID-19 pandemic are lifted, the official said.

Total lending by major and regional banks rose 2.1% in July from a year earlier, accelerating from a 1.5% gain in June to mark the fastest year-on-year increase since May 2021, the data showed.

The data is among factors closely watched by the BOJ in deciding whether to end a pandemic-relief loan scheme, aimed at easing a credit crunch among small firms, as scheduled when it expires in September.