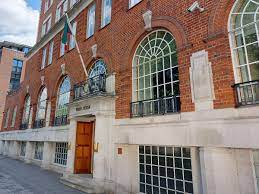 The head of legal and compliance at the $769 billion Kuwait Investment Authority’s London unit has left, according to people with knowledge of the matter.

Juan Pablo Urrutia left the Kuwait Investment Office, or KIO as the London branch is known, last week, the people said, asking not to be identified because the matter isn’t public. A former Goldman Sachs Group Inc. employee, Urrutia had worked at the fund since June 2018, according to his LinkedIn profile.

His departure comes just weeks after the KIA abruptly removed the head of the KIO, Saleh Al-Ateeqi, following an internal feud that has raised questions about whether he was a reformer looking to modernize the direct investing arm of Kuwait’s wealth fund, or an executive who fueled a toxic culture that led to departures and lawsuits.

Urrutia didn’t answer calls to his mobile number. In an automatic response to an email sent to his KIO address, Urrutia said he’d left the firm and that any legal matters should be referred to a colleague. The KIA didn’t immediately respond to request for comment.

The KIA is the world’s oldest and the second-biggest sovereign wealth fund in the Gulf region, with a significant proportion of its investments in the US. KIO mainly invests directly, predominantly in public equities and fixed income and has been a prolific investor in the past year and participated in the US listing of private equity firm TPG Inc.