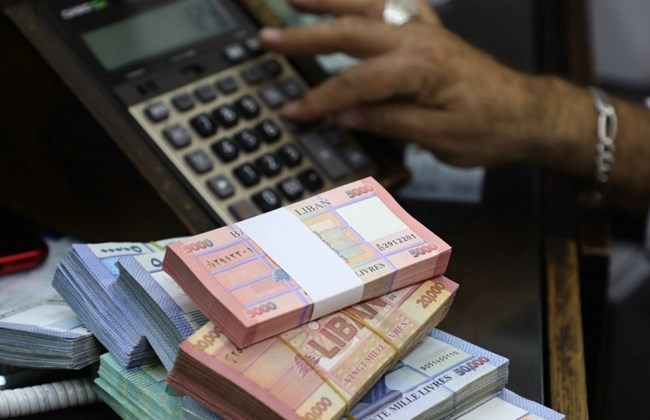 The Lebanese pound fell against the dollar Thursday, trading at around LL8,150 on the black market, after parliamentary consultations to designate a new prime minister were postponed.

Black market exchangers were selling the dollar for as high as LL8,200 and buying it for around LL8,100.

The pound had risen against the dollar in the beginning of the week, trading for LL7,850, when former premier Saad Hariri emerged as favorite to head a new government committed to the French initiative.

The pound was trading for around LL8,700 over the weekend.

However Thursday’s fall comes after President Michel Aoun announced last minute the postponement of the binding consultations to designate a new prime minister until Oct. 22. due to a lack of support for Hariri from leading Christian parties.

Lebanon, while in the middle of its worst economic and financial crisis in decades, has been without a government since caretaker Prime Minister Hassan Diab submitted his Cabinet’s resignation on Aug. 10 over the deadly explosion that hit Beirut Port.