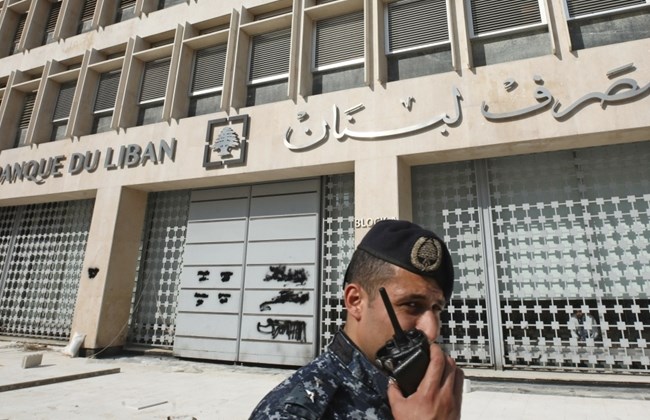 Many Lebanese banks have started lowering the ceiling of pound cash withdrawals following a Central Bank circular that called on lenders to limit their withdrawals based on the size of accounts they have at BDL.

“What the Central Bank governor is telling us is that you can use the pound cash based on the size of each lender. BDL told us that if you exceed the cash withdrawals of certificate of deposits, Treasury bills and current accounts of each lender, then BDL will be obliged to penalize each bank that over withdraw. Naturally, this will affect the depositors and retail market. Banks will be obliged to lower the cash withdrawal [limits] each month,” a chairman of a leading bank told The Daily Star.

But Central Bank Gov. Riad Salameh denied that he called on commercial banks to lower the limit of pound withdrawals for their customers.

However, some bankers said that BDL’s circulars for the lenders will eventually reflect on the cash withdrawals of their customers.

A number of banks have lowered the monthly pound cash withdrawals to between LL2 million and LL4 million maximum, depending on the bank.

But some leading banks assured that they had not yet lowered the cash withdrawals, but warned that if there was a run on the banks and suddenly the citizens withdrew large and “illogical” amounts, then these lenders may be obliged to drastically cut the ceiling of cash withdrawals.

Before the issuance of the circular, banks put a limit of LL25 million cash pound withdrawal each month.

One banker said that BDL Gov. Riad Salameh apparently wants to stop printing pound in large volumes so that the traders will not use this extra cash to buy dollar banknotes from the black-market.

“But I am not sure if this idea will work. This decision may prompt traders and depositors to withdraw all their money, and if this happens then banks will be obliged to place stricter restrictions on pound cash withdrawals,” the banker explained.

According to information, BDL increased the amount of total pound in circulation from the beginning of 2020 by 125 percent.

In other words, in 10 months, BDL injected LL13 trillion in the market, which is higher than the total printed pound from 1977 till end of 2019.

“To understand what’s happening, you have to understand the objectives of the different players and decision makers in the Lebanese space. The objective of the governor of the Central Bank is to stretch his remaining (gross) reserves, of circa $18 billion, for as long as possible, certainly until the end of his term, Dan Azzi, a financial analyst and former CEO of a bank, told The Daily Star.

He added that this is basically the dollars flowing out of the country to cover subsidies, the biggest portion of which is fuel.

“His first move attempted to remove fuel subsidies and ran into massive popular opposition, as well as resistance from the caretaker government, represented by PM Hassan Diab. Originally, PM Diab was put in charge of a government that had no choice but to make decisions that are very painful for the Lebanese people, as well as different special interest groups, like banks, large depositors, and the political elite,” Azzi added.

He indicated that caretaker Prime Minister Hassan Diab was unceremoniously forced to resign and, to a large extent, unfairly held responsible for a collapse that he had nothing to do with.

“From his perspective, he, somewhat justifiably, decided not to bear any more blame for these types of decisions, and let the next government bear the burnt, so he stood in the way of the governor’s plan. The governor then took a different route, forcing importers, receiving the subsidy of the dollar at 1,515, to pay for it in cash, which theoretically amounts to billions of dollars,” Azzi noted.

“This sucked all the pound from the market. Thus, the governor is giving people a choice – keep getting cheap gas with their limited pound or use it to buy other products. In some sense, it rations people’s spending. So in lieu of a devaluation reducing the purchasing power of the typical Lebanese, limiting availability of the pound does the same job. It’s essentially replacing governmental policies with monetary tools to achieve his desired behavioral change and reduces consumption, which ultimately turns into dollars flowing out of the country,” Azzi stressed.

He cautioned that “a side effect of this is to create a new divergence between cash lira and lira in the bank (bira), thus I wouldn’t be surprised if a lira starts trading at 1.25 or 1.5 biras.”