Low rates are way for a new economic model search 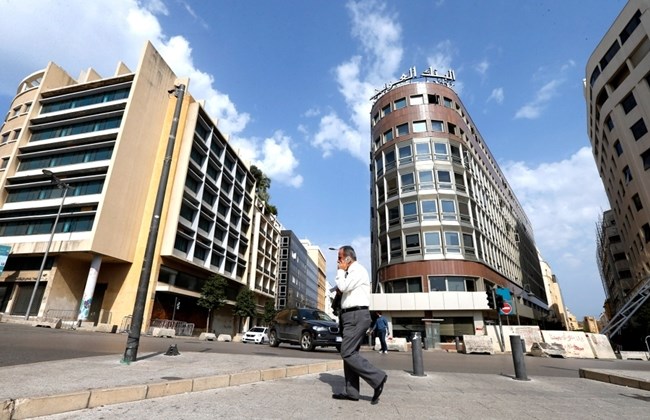 Low rates are way for a new economic model search

Gone are the days when Lebanese banks lure new deposits by offering high and unreasonable interest rates on both dollar and pound accounts.

Lebanese and foreign depositors are now coping with the fact that their money in local banks carry small to almost zero percent interest rates as the Central Bank decided to slash those.

The decision came after the severe economic and financial crisis that hit Lebanon in 2019 and after the government of caretaker Prime Minister Hassan Diab decided to default on the payment of all maturing Eurobonds.

According to Byblos Bank, the weighted average rate on deposits in dollars fell from a peak of 6.61 percent in October 2019 to 0.97 percent in November 2020.

The rate in October 2019 was the highest since Banque du Liban started publishing these figures in February 1995.

Also, the weighted interest rate on deposits in Lebanese pounds dropped from a recent peak of 9.16 percent in February 2019 to 2.9 percent in November 2020.

The ones on deposits in Lebanese pounds have been in single digits since December 2002.

Now banks have to find new innovative ways to attract fresh funds from Lebanese expatriates and this is nearly a very difficult task to achieve after many Lebanese witnessed drastic haircuts on all their savings.

Nassib Ghobril, the head of economic research at Byblos Bank, noted that the decline in deposits was mostly due to the repayment of loans and to the withdrawal of cash by companies and individuals, and to clients who wanted to transfer their deposits out of the banks, among other reasons.

“Many depositors withdrew cash and hoarded it at home, and used their funds at banks to invest in real estate as a safe haven, as evidenced by the significant jump in the number and amount of real estate transactions since November 2019,” he added.

Ghobril indicated that depositors used their deposits to buy durable or consumer goods, such as cars, watches, paintings, statues, furniture and household items, in addition to other consumer goods.

“Therefore, we have not seen a material amount of deposits that were redeployed to the equity of companies in manufacturing or agriculture. In fact, the decline in interest rates is not enough on its own, as an unfavorable business and investment environment was and continues to constitute a deterrent to such investments at this stage,” he said.

This view was also echoed by Marwan Barakat, chief economist and head of research of Bank Audi, who saw in the fall of the interest rates in Lebanon as an opportunity to focus more on the productive sector.

“The decline in debtor and creditor interest rates was able to materialize after the de facto capital control that was introduced a year ago and that enabled Lebanese banks to decrease domestic interest rates to levels somehow in line with international rates that are currently close to zero and that are likely to stay at least at those levels till 2025 according to global predictions,” Barakat explained.

He acknowledged that the significantly high interest rates in Lebanon have had adverse crowding out effects on the Lebanese economy over the past half a decade, with adverse effects on the opportunity cost of private investment in the country.

“The private investment aggregate has been gradually weakening since 2016, leading to a sluggishness in the domestic economy since then before turning to depression recently amid the blow of the economic crisis,” Barakat said.

But these three pillars quickly crumbled after the mass anti-government protests in October 2019, the wake of the COVID-19 pandemic and the blast at Beirut Port in Aug. 4, 2020.

Many economists have warned that Lebanon needs to diversify its economy and pay more attention to the neglected productive sector.

“The Lebanese economy has suffered from an inadequate level of competitiveness, a poor investment climate and a weak business environment way before the current crisis. The World Economic Forum’s 2019 Global Competitiveness Index shows that 62 percent of ranked countries worldwide and 71 percent of ranked Arab countries have a more competitive economy than Lebanon does,” Ghobril said.

The World Bank Group’s Doing Business 2020 survey indicates that 75 percent of countries around the world and 59 percent of Arab economies have a better business climate than Lebanon.

“Therefore investments in productive sectors are likely to increase once there is political will to implement structural reforms, starting with the basic demands of stakeholders in industry and agriculture, and, more broadly, once the investment climate and business environment improve,” Ghobril added.

Barakat said that the contraction in interest rates is a healthy phenomenon by itself, though it is not enough in order to restore confidence in the financial sector.

“A macroeconomic exit through structural and financial reforms and corollary international assistance is a prerequisite for the re-establishment of confidence in Lebanon’s financial structures. Not less importantly rises the restructuring needs of the banking sector to improve its financial standing, governance and ability to withstand pressures,” he said.

Barakat stressed that the recent circulars issued by the Central Bank are important developments in this perspective but have to be complemented with the corollary adherence of the operating banks, in addition to a capital control law to be issued by the legislative body and a credible economic exit plan to be adopted by the forthcoming government.