Mikati to seek more funds from IMF once Cabinet is formed 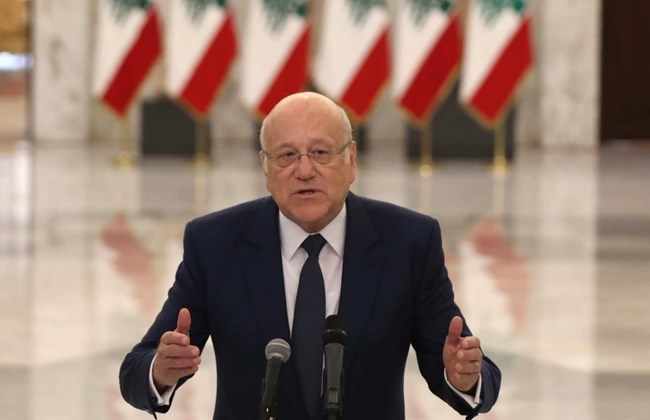 Mikati to seek more funds from IMF once Cabinet is formed

Prime Minister-designate Najib Mikati’s first and utmost priority if he succeeds in forming a Cabinet is to resume negotiations with the International Monetary Fund to release up to $4 billion of funds to relieve at least temporarily the economic and financial plight of the Lebanese.

IMF officials informed key ministers at the caretaker Cabinet that the fund was willing and ready to provide Lebanon between $3 billion and $4 billion in soft loans if a full-fledged government is formed.

But the fund insists on an unwavering commitment from the new Cabinet to implement biting and painful reforms as a condition to release these funds.

However, Mikati probably may not be able to implement all the conditions set by the IMF during his short term, which will not be longer than 10 months, as the country prepares for new parliamentary elections.

Mitaki realizes that that total economic recovery in Lebanon will take several years, and for this reason he will focus on quick measures to encourage the release of some funds during his short term in office if he manages to form a Cabinet of technocrats.

The conditions for the release of these funds are already known to all Lebanese officials who have met with IMF officials many times in the past two years.

Among the conditions set by the IMF is the lifting of subsidies on all essential items, Parliament’s approval of a capital control law, a unified currency exchange rate, restructuring of the public debt, restructuring of the banking sector and a forensic audit of the Central Bank’s accounts.

Among other conditions set by the IMF is implementing macroeconomic reforms, preparing and approving a budget for the year 2021 that includes a social protection program, establishing a unified register of social assistance programs and setting up a compensation mechanism system.

Other conditions are adopting a strategy for port sector reform and reconstruction, including Customs, and establishing a clear institutional structure for the management of hazardous materials and waste.

The fund was established by the World Bank in cooperation with the United Nations, the European Union and major “donors” to finance the businesses affected by the explosion of the Port of Beirut and help the neediest population.

Mikati will surely benefit from the IMF’s $860 million, which will be granted to Lebanon at the end of August even if no reforms are immediately made.

This $860 million is Lebanon’s share from the fund and is usually granted to all countries that paid fully their membership fees.

Even if Mikati was not able to form a Cabinet, this cash injection will be provided to Lebanon and will be placed at an account at the Central Bank.

A government source told The Daily Star that the $860 million gives Lebanon a small but crucial breathing space to contain the rise of the US dollar against the Lebanese pound.

“This money will be bolster BDL’s dwindling foreign currency reserves and may impact positively on the exchange market and even the parallel market,” the source explained.

The caretaker Cabinet can coordinate with BDL on how to use this money from the IMF.

“If we decide to use part of the $860 million for the support of electricity or the ration card, Lebanon will pay an interest rate of only 0.05 percent. This cash will help Lebanon in the short to medium term but we definitely can’t count on this money to solve all our problems. We definitely need more money,” the source said.

IMF’s board of directors is expected to discuss and approve Lebanon’s $860 million share and at the end of August the money will be released.

They can either decide to keep the money with the IMF or use it.

The SDR is an international reserve asset, created by the IMF in 1969 to supplement its member countries’ official reserves. The IMF decided to release the SDRs among the member states in 2021 to contain the devastating impact of the Covid-19.

There are no conditions attached on the use of the IMF’s $860 million but Lebanese officials and BDL will probably be prudent on how to spend this money without hurting the reserves a lot.

Some economists say the $860 million can help improve the Lebanese pound which is now trading at L18,500 against the US dollar.

They stressed that this cash injection can give BDL more leverage in the parallel market.

“The government can use part of the $860 million to purchase essential medications and open a credit line for suppliers to import diesel oil for the power plants. There are no conditions by the IMF on the use of this money,” the source explained.

Ishac Diwan, the former World Bank’s Country Director for Ethiopia and Sudan (2002-07), and then for Ghana, Liberia, Sierra Leone, Burkina Faso, and Guinea, told The Daily Star that the first thing the IMF will request from Lebanon is a unified currency exchange rate and a capital control as well as lifting of the subsidies.

“The first challenge for Mikti’s government is the subsidies and shortages in fuel oil, gasoline, medicine. The new government can’t touch the remaining foreign currency reserves of BDL, which actually belong to the depositors,” Diwan said.

He stressed that the government will not risk lifting subsidies and raising prices of commodities without securing a social safety net from the IMF, World Bank and other international donors.

The World Bank has already granted Lebanon $246 million to support the needy families in Lebanon and promised more money if the government requests it.

Experts believe that Lebanon needs at least $1.2 billion in fresh dollars a year to finance the ration card.

“Apart from the IMF’s $860 million, Lebanon is hoping that the donor states that will meet on Aug. 4 n Paris to make financial commitment the country,” Diwan said.

He admitted that lifting subsidies on all items in Lebanon is a difficult task even if the donor states pledge to finance the social safety net program in the country.