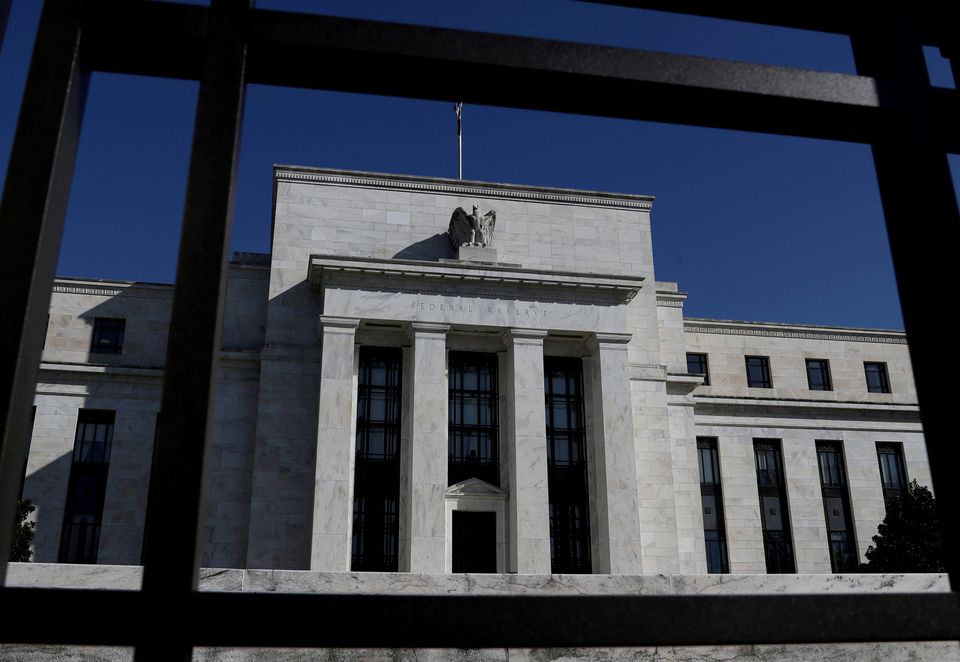 A growing number of Federal Reserve policymakers indicated they would be open to speeding up the elimination of their bond-buying program if high inflation held and move more quickly to raise interest rates, minutes of the U.S. central bank’s last policy meeting showed.
The readout released on Wednesday was the latest indication that anxiety about rising inflation at the Fed has now taken root, with many officials at the Nov. 2-3 meeting also suggesting elevated price pressures could prove more persistent.
“Various participants noted that the (policy-setting) Committee should be prepared to adjust the pace of asset purchases and raise the target range for the federal funds rate sooner than participants currently anticipated if inflation continued to run higher than levels consistent with the Committee’s objectives,” the Fed said in the minutes.
A number outright favored a faster taper of the bond-buying program, the minutes showed.
Fed policymakers unanimously decided at last month’s meeting to begin reducing the central bank’s $120 billion in monthly purchases of Treasuries and mortgage-backed securities, a program introduced in early 2020 to help nurse the economy through the COVID-19 pandemic.

The original pace would see the asset purchases tapered completely by next June. There have, however, been increasing calls by some policymakers to accelerate that timeline in the face of continued high inflation readings and stronger job gains since the meeting, in order to give the Fed greater flexibility to raise its benchmark overnight interest rate from the current near-zero level earlier next year if needed.

Inflation in October rose at its fastest annual pace in 31 years, testing the Fed’s working assumption for most of the year that the pandemic-induced burst would be temporary as supply bottlenecks eased and demand rotated from goods to services.

Some other policymakers have said recently they too are now more comfortable with an interest rate hike earlier next year than previously anticipated, noting that the current pace of job gains would put the Fed on track to be near or at its maximum employment goal by the middle of 2022.