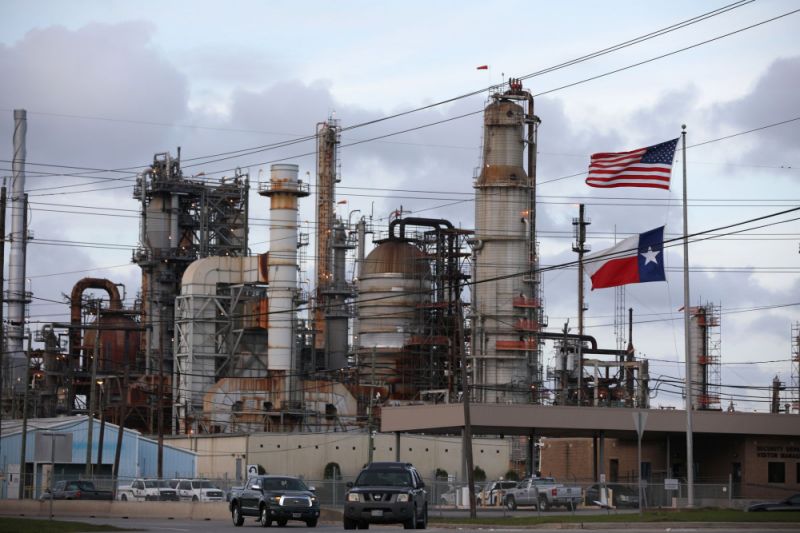 Oil dropped toward the lowest level since 2003 as prospects for a deal between OPEC and Texas to limit production appeared to fade, while a U.S. coronavirus rescue package ran into political delays.

Futures in London fell around 4% to near $26 a barrel, while West Texas Intermediate rose after the April contract expired Friday. Texas Railroad Commissioner Ryan Sitton landed a rare invitation to attend OPEC’s June meeting on Friday, but just hours later hopes for an agreement began to unravel as his call to curb output was criticized by regulators and drillers.

Democrats in the U.S. Senate blocked a Republican economic recovery package of nearly $2 trillion, describing it as too focused on corporations at the expense of workers. Major support measures remain likely but could take additional time for the two parties to work out their differences. Asian stocks tumbled, while U.S. equity futures dropped 5% and hit their down limit.

The chance that either Saudi Arabia or Russia will back down from their price war seems remote, with President Vladimir Putin unlikely to submit to what he sees as the kingdom’s oil blackmail, according to Kremlin watchers. The brinkmanship is taking place against a rapidly darkening demand outlook with more nations going into lockdown to tackle the virus. Some traders see crude demand collapsing by as much as 10 to 20 million barrels a day.

“Oil could head to $10 to $15 a barrel very quickly” if OPEC and Texas can’t reach an agreement on cutting production, said Stephen Innes, chief Asia market strategist at Axicorp Ltd. “Any traders with the capacity to store oil are probably putting their hands up, looking at the contango.”

The unprecedented demand and supply shock was reflected in a range of oil-market indicators. Brent’s six-month timespread was more than $8 a barrel in contango, the widest since 2009, a market structure indicating over-supply. A gauge of WTI volatility surged 24% on Friday to more than 200 index points, the highest level on record. Meanwhile, hedge fund wagers against the U.S. benchmark dropped 26% in the week ended March 17, although that was likely short-covering before the next round of speculative attacks.

Even if crude demand recovers to normal levels by the middle of the year, 2020 is still on course to suffer the biggest decline in consumption since reliable records started in the mid-1960s. Until now, the biggest annual contraction was recorded in 1980, when it tumbled by 2.6 million barrels a day as the global economy reeled under the impact of the second oil crisis.