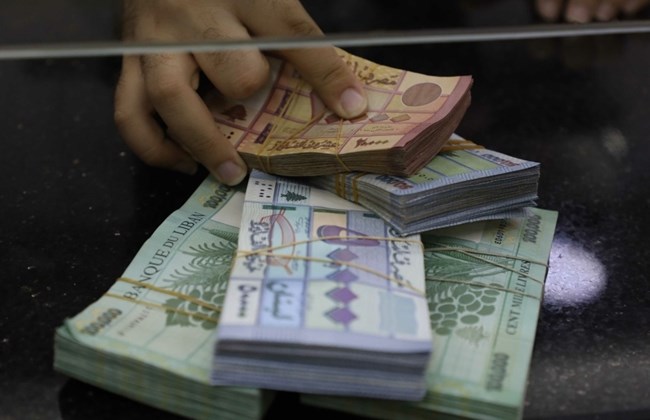 The Lebanese pound registered significant losses against the dollar Thursday, trading at around LL8,450 on the black market as Lebanon is plunged into a political crisis that has no end in sight.

The pound was trading at LL8,050 Wednesday, marking it the first time in over a month the exchange rate against the dollar crossed that mark.

Black market exchangers Thursday were selling the dollar for LL8,500 and buying it for around LL8,400. The fast decline of the pound this week comes as the Cabinet formation process freezes, with no solutions in the pipeline.

The pound started its more noticeable decline at the beginning of this week, after a French envoy visiting Lebanon last week failed to achieve a breakthrough with Lebanese leaders on the matter.

Since his designation on Oct. 22, Prime Minister-designate Saad Hariri has encountered major obstacles in his attempts to form a new Cabinet of nonpartisan specialists. That government is to be tasked with implementing a series of structural reforms outlined in the French initiative designed to lift Lebanon out of its worst economic and financial crunch since the 1975-90 Civil War.

The Cabinet formation crisis and consequent political vacuum has heightened fears of plunging Lebanon into a prolonged government standoff, with all the grave consequences this entails for the country’s struggling economy, saddled with a soaring public debt of over $90 billion.

The pound had risen against the dollar when Hariri was first appointed to form a government, trading at around LL7,150 on the black market.

However, hopes for a quick formation were dashed when rival political factions began disagreeing over their shares in the Cabinet.

Lebanon has remained without a fully functioning government since caretaker Prime Minister Hassan Diab submitted his Cabinet’s resignation on Aug. 10 in the aftermath of the port blast.