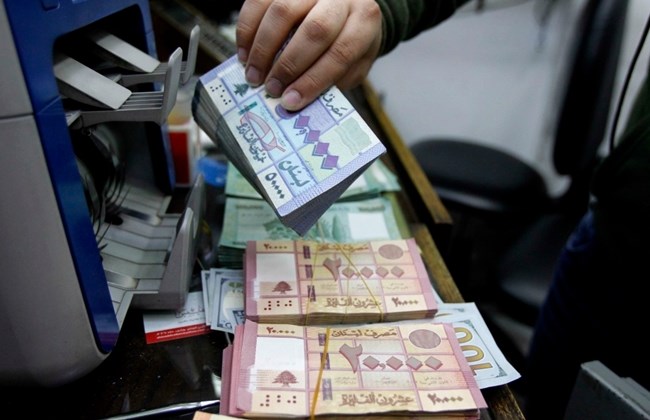 The US dollar was trading as high as LL8,000 for the Lebanese pound Saturday, a day after the Central Bank’s electronic platform “Sayrafa” went live.

The Syndicate of Money Changers set the daily exchange rate at LL3,900 for buying dollars and LL3,850 for selling them. Licensed exchangers are expected to adhere to this rate.

The “Sayrafa” electronic platform was launched Friday in a bid to organize the chaotic currency exchange market in Lebanon.

However, Saturday the dollar was trading at a much higher rate against the Lebanese pound on the black market, between LL7,500 and LL8,000.

Licensed exchangers have received special tablets issued by the Central Bank where they can check the daily rates of the dollar.

According to the Head of the syndicate Mahmoud Halawi exchangers receive an average of $3.4 million in banknotes every day from the Central Bank.

However he admitted that the amount is not enough to meet market demands and around $8 million are needed daily to keep the Lebanese pound stable at a certain rate.

The official exchange rate in the banks remains at LL1,507 against the dollar.