Powell Sees Progress on Taper Conditions Though a Ways to Go 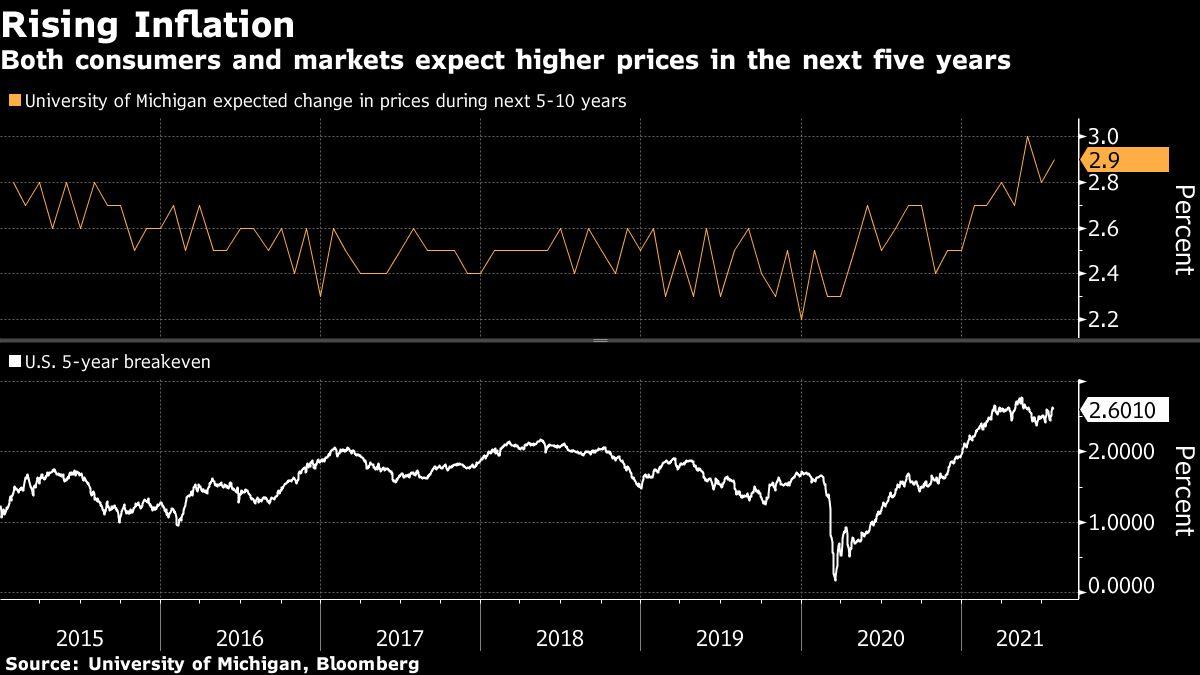 Powell Sees Progress on Taper Conditions Though a Ways to Go

Federal Reserve officials are moving closer to when they can start reducing massive support for the U.S. economy, though Chair Jerome Powell said there was still some way to go.

“We’re not there. And we see ourselves as having some ground to cover to get there,” he told a press conference Wednesday after the Federal Open Market Committee held interest rates in a range near zero and maintained asset purchases at $120 billion a month until “substantial further progress” was made on employment and inflation.

“The economy has made progress toward these goals, and the committee will continue to assess progress in coming meetings,” the Federal Open Market Committee said in its policy statement. The FOMC vote was unanimous.

Powell said officials had taken a “first deep dive” during their two-day meeting on how to go about scaling back bond buying when the time came — but no decision on taper timing had been made.

“We’re making progress. We expect further progress and if things go well we will reach that goal,” he said.

Stocks pared losses, the dollar lost ground and 10-year Treasury yields initially advanced as investors digested the somewhat hawkish tone of the statement, but declined as he spoke.

“The chairman tried to walk that back a little bit in the press conference, making it seem like it’s more of a continuous process rather than just a big discrete move,” said Stephen Stanley, chief economist at Amherst Pierpont Securities LLC.

The FOMC also repeated language that inflation had risen “largely reflecting transitory factors,” and that risks to the economic outlook remain.

“The sectors most adversely affected by the pandemic have shown improvement but have not fully recovered,” the statement said.

Consumer prices are rising at the fastest pace since 2008 as the economy reopens and Americans renew spending after a year of lockdown. At the same time, the spreading delta variant has jolted investors who worry it could threaten the economic recovery.

“As long as Covid is running loose out there, as long as there is time and space for the development of new strains, no one is finally safe,” Powell said.

“The Fed is starting the clock on tapering. It is not happening now or even in September, but expect the pace of asset buying to slowdown late this year or early next,” said Neil Dutta, head of U.S. economics at Renaissance Macro Research

Fed officials held their benchmark interest rate in a zero to 0.25% range and Powell said “we’re clearly a ways away” from liftoff. Fed forecasts published last month showed rates on hold through next year. The quarterly projections will be updated in September.

Since last September, the Fed has set the amount of its monthly purchases of Treasuries at $80 billion and mortgage-backed securities at $40 billion to help the economy heal from Covid-19.

Powell said officials had discussed the mechanics of scaling back bond buying when the time came, including the pace and composition of any changes, and promised plenty of advance warning before any decision.

Some officials have said they would like to begin the taper sooner rather than later, citing financial-stability concerns including the steep rise in home prices. They’ve also argued the Fed should reduce its MBS purchases at a faster pace than Treasuries because the housing market no longer needs central bank support.

“The introduction of ‘will continue to assess progress in coming meetings’ suggests it is unlikely the Committee will come to a clear conclusion until at least the fourth quarter, consistent with our view that an actual reduction will not happen until early 2022.”

“There really is little support for tapering MBS earlier than Treasuries,” Powell said, though he added that the idea of scaling back MBS at a faster clip than Treasuries was attractive to some officials and the issue would continue to be discussed. The chair also said he thought Treasury and MBS purchases affect financial conditions in very similar ways.

The July meeting comes a month ahead of the Kansas City Fed’s annual policy retreat in Jackson Hole, Wyoming. Fed chairs, including Powell, have sometimes used the venue to signal policy shifts. Powell confirmed he will speak at the Aug. 26-28 conference. The next gathering of the FOMC is Sept. 21-22.

Employment has made significant strides in the past few months, with the unemployment rate falling below 6% as more jobs are added and more workers rejoin the labor force. But the gains haven’t been equal for all Americans — the Black unemployment rate stood at 9.2% and the Hispanic rate at 7.4% in June.

While inflation is running well above the Fed’s 2% target, officials have said that price spikes are likely temporary and are being driven by categories related to the economic reopening. Used vehicles accounted for a more one-third of the gain the June consumer price index. Hotels, airfares and clothing also drove the 5.4% year-over-year jump.

In addition, economists say the increased spread of the delta variant, which is now the dominant strain of coronavirus in the U.S., may weigh on growth in the second half of this year.

Variants have surpassed inflation as the biggest risk to market stability, according to Deutsche Bank AG’s monthly survey of market participants.

“Powell is unfazed by the delta variant and upbeat on the labor market,” said Diane Swonk, chief economist at Grant Thornton LLP. “I was expecting a more cautious tone. We have become more resilient and learned to live with Covid. But that has been accompanied by unprecedented fiscal support and that support will end by the end of the year.”

The Fed also announced that it established two standing repurchase-agreement facilities. The two standing facilities — domestic and foreign — will serve as backstops in money markets, the central bank said in a separate statement.