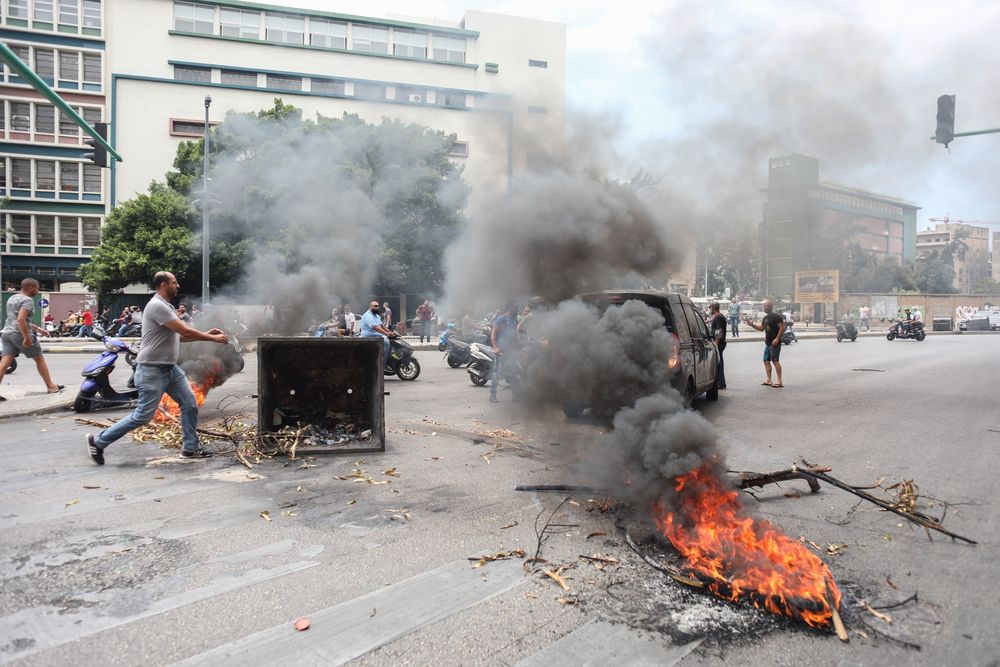 The International Monetary Fund warned Lebanon that its economic implosion is accelerating and told authorities to act urgently to pull the country back from crisis.

The government led by Prime Minister Hassan Diab has come under mounting pressure to take steps that could unlock billions of dollars in donor funds. Some officials have demanded a new cabinet to make sure that happens.

During a meeting with Lebanon’s negotiating team Wednesday, the IMF recommended the government quickly draft and approve a long-awaited capital controls law and begin reforms of its ailing electricity sector, a person familiar with the talks said. The Washington-based lender asked the central bank, government and lawmakers to begin discussing how to best distribute losses in the financial sector based on figures provided by the government, said the person, who asked to go unnamed because the meeting wasn’t public.

“The IMF has understandably asked for a united front from the Lebanese side,” Finance Minister Ghazi Wazni told Bloomberg on Thursday, when asked about the meeting. “Now is the time to come together and push these talks forward.” The IMF didn’t immediately respond to requests for comment.

Lebanon has been in talks with the IMF for a $10 billion bailout to overhaul its economy after its local currency lost some 80% of its value on the black market. The government drafted what it called a rescue plan that estimated losses incurred by the central bank and local lenders at 241 trillion pounds ($69 billion), based on an exchange rate of 3,500 to the dollar, compared with the official peg of 1,507.50. But the currency reached 9,500 per greenback this week.

The central bank and the lenders, the government’s main creditors, countered with estimates of their own. Banks put forward a proposal for state asset sales valued at $40 billion so that the government could repay what it owes. The central bank, known as Banque Du Liban, argues that a different accounting approach shows a surplus rather than a loss.

Lawmakers then tried to consolidate the figures to a lesser number, also stalling talks with the IMF. The disarray was exacerbated when two key economy officials resigned in protest over how politicians were handling the crisis.

Central bank Governor Riad Salameh, Finance Minister Ghazi Wazni and the head of the banking association met Thursday and discussed ways to agree on figures, a sign that officials and the main stakeholders have finally decided to reach a middle ground.

The central bank, using what it has left of foreign-currency reserves, is subsidizing the import of wheat, medicine and fuel at the official peg, and other food items at 3,200 per dollar. It’s also launched an electronic foreign-exchange trading platform with licensed money changers to sell dollars to traders of food and raw materials for the import-dependent economy.

The currency crash has reignited protests and rioting. Last week, several ministers privately acknowledged that the currency chaos could push them out of power.