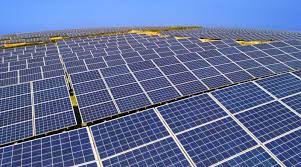 Radware, a cyber-security company that specializes in detecting and stopping targeted server attacks, is in talks to sell itself to private equity firm Siris Capital, according to people familiar with the matter. No deal is assured and talks still may fall apart, said the people, who asked not to be named because the discussions are private. Radware has a market valuation of about $1.7 billion and competes with companies including Cloud flare, F5 and Akamai, protecting corporate websites from targeted denial-of-service attacks by malicious actors. Cloud flare, in particular, has seen its shares surge in the past year as investors have seen the rising importance of defending cyber security attacks. Cloud flare shares have gained about 270% in the past 12 months. Private equity firms have become increasingly interested in acquiring cyber security companies as the threat of attacks has increased. Global deal volume for private equity cyber security deals surpassed $23 billion in 2021 last month, a record high for the industry, according to Pitch book. Thomas Bravo’s $12.3 billion acquisition of Proof point in April was the largest-ever private equity buyout of a cyber-security firm. Radware has more than 1,000 employees and has an international headquarters in Tel Aviv and a U.S. headquarters in Mahwah, New Jersey. Spokespeople at Siris Capital and Radware declined to comment. Radware shares spiked on the news, and were up about 6% in afternoon trading.