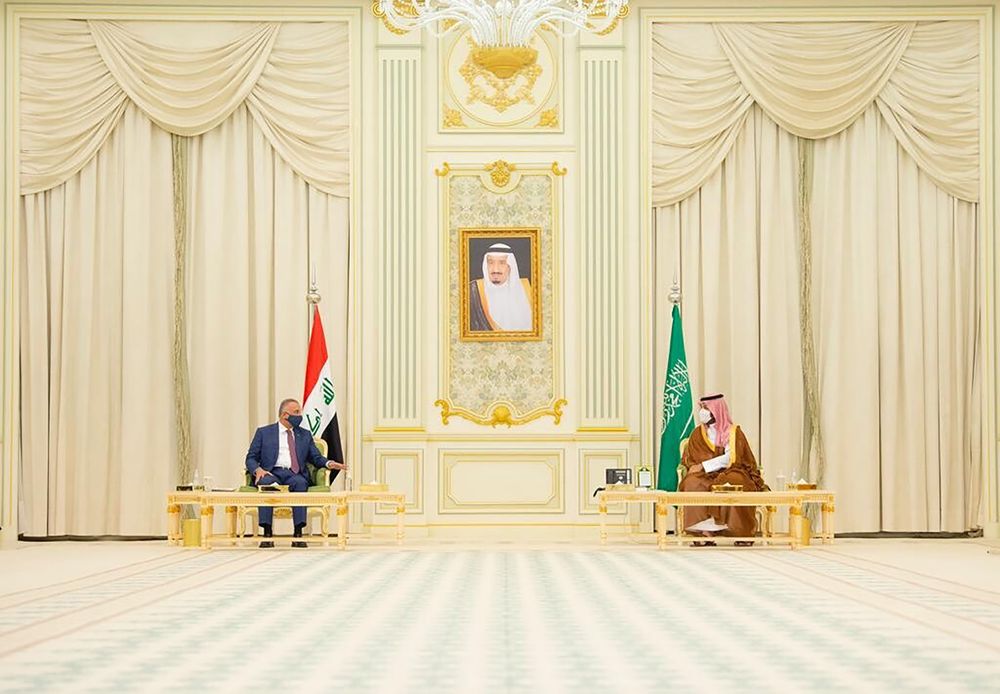 Saudi Arabia agreed to contribute $3 billion to an investment fund for Iraq on Wednesday, as Prime Minister Mustafa Al-Kadhimi visited Riyadh and said the two OPEC member states had turned a new page in relations.

Iraq maintains ties with both Saudi Arabia and Iran, regional rivals who back opposing sides in Middle East conflicts including Yemen. Al-Kadhimi’s first trip abroad as leader last year was to Iran, and U.S. troops are stationed in Iraq to fight Islamic State militants, alongside Iranian-backed Shiite militias.

“Over the past few months relations with Saudi Arabia have accelerated in a positive direction,” Al-Kadhimi told reporters in the Saudi capital after meeting Crown Prince Mohammed bin Salman. “We succeeded in overcoming a lot of the challenges that were obstructing the progress of the relationship.”

The joint fund will boost investment in Iraq with participation from the private sector in both countries, according to a statement on the state-run Saudi Press Agency.

Saudi Arabia and Iraq agreed to cooperate in renewable energy and in the oil sector within the scope of OPEC and OPEC+ agreement, SPA said. The countries are OPEC’s two biggest producers and Riyadh is leading the group’s efforts to keep production down to bolster prices.

Al-Kadhimi denied media reports that a recent drone attack on the Saudi capital had been launched by Iran-backed militants in Iraq, calling the claims “attempts by some to throw accusations to harm progress in relations.”

“We don’t accept or allow any aggression or attack on the kingdom of Saudi Arabia from Iraqi territories,” he said. “There were not any attacks from Iraq.”

Asked about the role of the U.S. in Iraq, Al-Kadhimi said that his government had entered a “new phase of American-Iraqi relations” through a dialog with President Joe Biden’s administration. “We want to restructure the relationship and preserve it at the same time,” he said.