Saudi Bank Merger Points to Trouble at Heart of the Economy 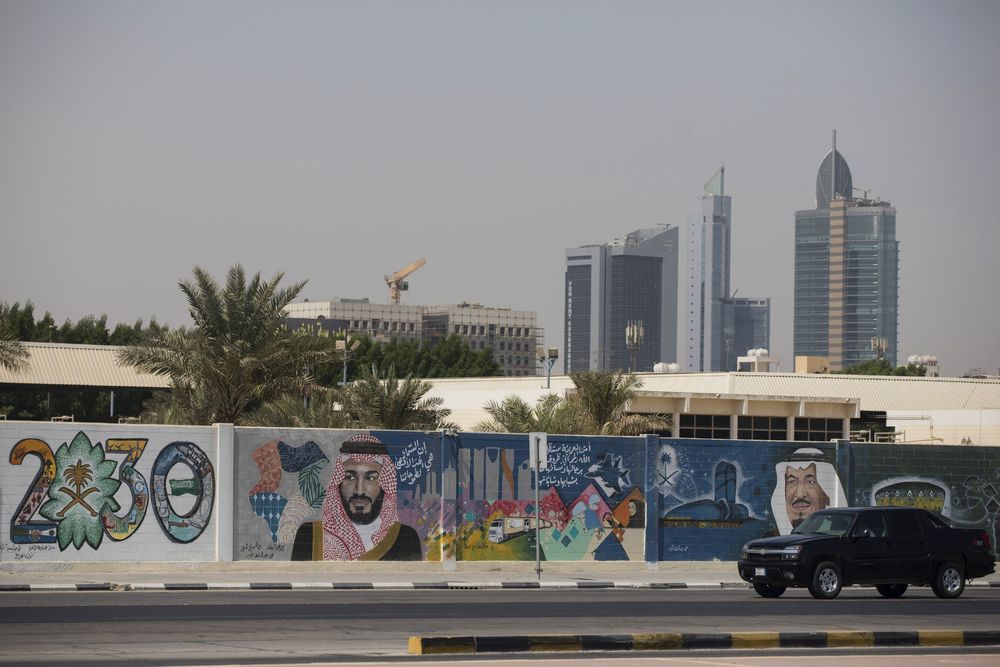 Saudi Bank Merger Points to Trouble at Heart of the Economy

When Saudi Arabia last saw a merger of two of its biggest banks, the oil price was recovering from a dramatic slump, the kingdom was in the midst of a deep recession and its debt exceeded the size of the economy.

That was in 1999, as Samba Financial Group joined forces with United Saudi Bank to create one of the largest banks in the country. Just over two decades later, Samba is once again at the center of consolidation as a year intended to showcase the progress of the kingdom’s transformation plan turns into one of the most testing in its recent history.

The financial industry was supposed to be the linchpin of “Vision 2030,” Crown Prince Mohammed bin Salman’s masterplan to wean the economy off oil. Global investors would put money into state assets being privatized and buy government bonds to help fund new projects. Domestic banks would lend to entrepreneurs and families to help them set up businesses and buy homes.

Instead, banks have joined their counterparts across the world in reacting to a raft of unforeseen challenges while the Saudi central bank has been forced to step in to shore up the financial industry. The collapse in oil prices coupled with the impact of the coronavirus outbreak has crippled Saudi Arabia’s revenue. Shutdowns of business activity remain in place as the authorities struggle to control the pandemic.

Saudi lenders could have been saddled with as much as 10 billion riyals ($2.7 trillion) of provisions for potential defaults had the central bank not intervened, governor Ahmed Alkholifey said on Tuesday.

“The banking sector will come under immense pressure to support sovereign and quasi-sovereign borrowing needs, as global bank lending is likely to remain constrained,” said Rachna Uppal, senior analyst for the Gulf at London-based research company Castlereagh Associates. “The future success of Saudi Arabia’s diversification strategy will depend on the development of a viable private sector, which needs more investment—not less.”

The $15.6 billion combination of National Commercial Bank and Samba, which was announced last week, would create a banking giant in terms of loans with almost a 30% market share in the kingdom and give the Public Investment Fund a stronger hand in the economy to help finance the hundreds of billions of dollars in new projects. Chaired by Prince Mohammed, PIF is the largest shareholder in both NCB and Samba, according to data compiled by Bloomberg.

Serious discussions on the deal started in March, Samba Chairman Ammar Alkhudairy said. That was the month the oil price halved and the Covid-19 outbreak escalated worldwide.

The two businesses complement each other, with NCB dominant in retail and mortgages and Samba catering to large Saudi companies, Alkhudairy said in an emailed response to questions. In a separate statement, NCB Chairman Saeed Al-Ghamdi echoed that rationale.

“In the short to medium term, having a very strong balance sheet will help in reducing the negative impact of the economic maelstrom the world is enduring,” Alkhudairy said. “In the longer term, the merged bank will be able to seize opportunities and outperform the peers.”

The economic hinterland is clear. The International Monetary Fund warned in February that without significant reform financial wealth as a proportion of gross domestic product would drop to zero by around 2036. Since then, the government has said it would borrow 100 billion riyals more in 2020 than planned, and raised its debt ceiling to 50% of GDP from 30%.

The government has responded to the deteriorating outlook by tripling consumer tax and increasing duties on a 53-page list of products while cutting back on spending across infrastructure projects and allowances paid to public employees.

“The austerity measures will heap more pressure onto the banking system,” said Ashraf Madani, an analyst at rating agency Moody’s Investors Service. “We see downward pressure on both profitability and asset quality over the next 12 to 18 months.”

Several years of low lending growth were already leading banks to look at consolidation as a way to create value and more deals are possible, Madani said. Two smaller Saudi banks, SABB and Alawwal, completed a merger in 2018.

Bank lending has been driven almost exclusively by mortgages, which benefited from generous state subsidies as part of Prince Mohammed’s goal of expanding homeownership. With those now ended as part of the cuts, new lending opportunities will be hard to find.

Saudi banks have high capital buffers to absorb losses, and few have yet to start raising money from global bond investors. But the Saudi Arabian Monetary Authority, the kingdom’s central bank, is increasingly having to support them. That comes just as the government is leaning on them more heavily to fund the national budget deficit and Vision 2030 projects.

In a bid to try and protect banks from losses on loans to small businesses and shore up liquidity, SAMA has already provided about 80 billion riyals of free deposits. That far exceeds the support banks received in 2016, when a drop in oil prices hit government finances and led it to stop paying contractors.

SAMA will have to go further, providing additional cheap deposits to the banks over the next 24 months, according to Aybek Islamov, an analyst at HSBC Holdings Plc. Up to 75 billion riyals in small-business loans may need support from the central bank by the end of the year, he estimated in a report. If they are still unable to repay loans by that point, SAMA may need to pump more money into the banking system.

The latest bit of bad news for the economy was restrictions placed on the hajj pilgrimage to Mecca in mid-June. Intended to contain the virus spread in a country that is still seeing almost 4,000 new infections a day, it will also hurt businesses and take away a significant source of foreign currency. More than 2 million people took part in the Islamic ritual last year.

For a small number of investors the lack of progress diversifying the economy has already led them to start betting against the kingdom. Peter Kisler, a portfolio manager at hedge fund North Asset Management, expects Saudi finances to come under increasing strain and may force the country to abandon its currency peg to the dollar.

“All they’ve done over the past five years is issue lots more external debt and that’s made them more vulnerable,” Kisler said. “The economic prospects are getting slowly worse.”