Saudi Deal with Euroclear to Allow Foreigners Access to Debt 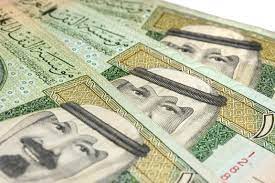 Saudi Deal with Euroclear to Allow Foreigners Access to Debt

Saudi Arabia reached an agreement with one of the world’s biggest bond clearing systems to settle transactions in its debt market and may appoint four global banks as primary dealers in local government securities.

The deal between the kingdom’s Securities Depository Center Company, known as Edaa, and Brussels-based Euroclear Bank will give foreign investors access to the sukuk and bond market within the Saudi Exchange. Under the terms of an agreement signed in Riyadh, the link is expected to become operational in March 2022, according to a statement.

Major emerging economies like Russia have in recent years partnered with Euroclear to lure bond inflows by allowing it to act as a custodian for foreign investors’ collateral. Edaa already agreed with Clearstream earlier this year to increase access to domestic debt by establishing an international central securities depository link.

“By becoming Euroclearable, this G-20 market will gain direct exposure to a wider international investor base, which will result in improved liquidity and cost efficiencies,” said Lieve Mostrey, chief executive officer of Euroclear Group.

Saudi Arabia has increasingly leaned on domestic borrowing to cover its budget deficit after lower oil prices put public finances under pressure. The agreement with Euroclear follows weeks after FTSE Russell said it will include Saudi Arabia’s local-currency debt in its emerging-market government bond index, a move also likely to lure foreign investment to the Arab region’s biggest economy.

Saudi Arabia’s Finance Ministry and the National Debt Management Center said they signed agreements with the four global banks to broaden the investor base in the local primary debt market.

Until now, only five local banks were participating in the primary-dealer program. With the possible addition of international banks, the goal is to support the development of the secondary market by increasing liquidity and drawing more foreign capital, according to a statement.

Euroclear and Edaa said that Saudi-listed sukuk and bonds have already been seeing demand from international investors, with the market issuances growing to over SAR451 billion ($120bn).

“The issuances and the size of the issuances will definitely increase and we believe with these linkages both corporate and government issuers will be looking into this,” Raed Alhumaid, CEO of Edaa, said in an interview.

Foreign investors will soon be able to settle domestically-issued Saudi debt via a direct nominee account in Edaa using their existing Euroclear accounts.

Eligible clients won’t need to apply for qualified foreign investor status and ultimately will be able to use Saudi sukuk and bonds as collateral for financing activities.

“The market is very liquid and there is a huge demand for investment and also for sustainable bonds for instance – what we see today is that there is still a limited possibility for investors to invest in sustainable bonds going for new markets,” Mostrey said “So there is a lot of money out there looking to be invested.”