Saudi PIF Commits Up to $160 Million to Gulf Infrastructure Fund 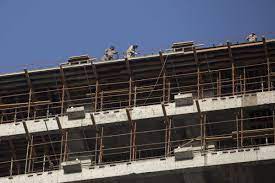 Saudi PIF Commits Up to $160 Million to Gulf Infrastructure Fund

Saudi Arabia’s sovereign wealth fund has agreed to commit up to a fifth of a planned $800 million Middle East infrastructure fund being established by Aberdeen Standard Investments and Investcorp.

The Aberdeen Standard Investcorp Infrastructure Partners fund has received the pledge from the PIF along with another $90 million commitment from the Asian Infrastructure Investment Bank, according to a statement Thursday. The rest of the funding is expected to come from investors including pension funds, insurance companies, endowments, family offices and private clients, it said.

Aberdeen and Investcorp announced the fund two years ago with a view to channel investment into the Middle East’s health care, education and utilities industries. Former U.K. Defense Secretary Michael Fallon was appointed chairman of the fund last month.

The PIF is becoming increasingly important as a source of capital for fund managers in the Middle East as it embarks on a plan to support the Saudi economy’s diversification away from a reliance on oil sales. It agreed to be anchor investor in a $300 million private credit fund managed by NBK Capital Partners in February, and has also established a $1.1 billion fund of funds to support venture capital firms investing in the kingdom.

Investcorp is also currently raising a $1 billion North American private equity fund to do bigger buyouts there, people familiar with the matter told Bloomberg in March. The private equity firm is currently in the process of delisting from the Bahrain stock exchange.