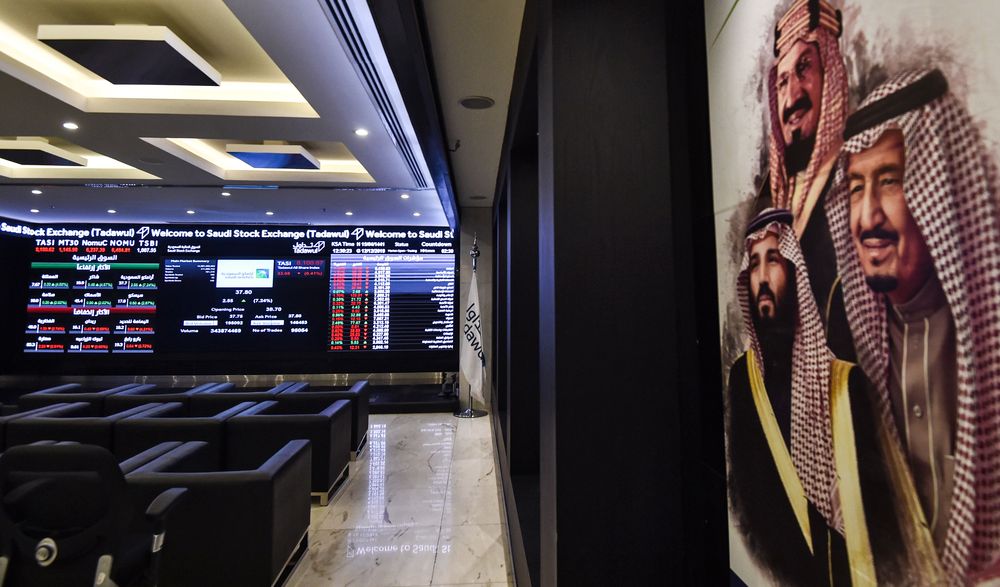 Saudi Arabia’s Crown Prince Mohammed bin Salman has a new target in his sights as he looks to press on with his unprecedented economic transformation plan: the country’s largest listed companies.

Six weeks after saying foreign entities must move their regional headquarters to the kingdom or lose business, Prince Mohammed, the nation’s de facto ruler, announced Tuesday that companies from oil giant Saudi Aramco to dairy producer Almarai will be encouraged to reduce their dividends and redirect the money back into the economy.

“We’ve seen the government using a stick to get foreign investors to come into Saudi Arabia, and now they are using it on domestic investors,” said Tarek Fadlallah, the Dubai-based chief executive officer of the Middle East unit of Nomura Asset Management. “I’m not a fan of government intervention in the private sector, but Saudi has limited ways to incentivize companies, so partnering in this way could help encourage more investment.”

The stakes are high. The crown prince’s vision entails combined public- and private-sector spending of 27 trillion riyals ($7 trillion) over the next 10 years in an effort to diversify an economy that got 54% of its revenue from oil last year. And all at a time when foreign direct investment is a fraction of what it used to be, the budget deficit is swelling and the nation is struggling with the after-effects of last year’s slump in crude prices amid the Covid-19 pandemic.

Twenty-four companies, including Saudi Basic Industries Corp., Almarai Co., Saudi Telecom Co. and National Shipping Co. have agreed to join the plan, investing 5 trillion riyals ($1.33 trillion) in the local economy, according to Prince Mohammed. Firms will get access to subsidies and be able to lobby for regulatory changes, the prince said. None of the companies named by him have commented yet on how much they could invest through the plan.

Given the lack of disclosure about the spending plans, investors may struggle to establish whether such state involvement in corporate decision-making will ultimately create value.

“Capital expenditure only drives higher long-term growth if it’s on productive projects that create value and jobs, and it’s not clear that the promise of a mix of concessions or subsidies makes new non-oil investments compelling for these companies in a way that was not before,” said Hasnain Malik. the head of research at Tellimer in Dubai. “The problem is that doing nothing is not an option given the demographic pressure for job creation and the ultimate exhaustion of oil revenues.”

It’s that lack of action that Prince Mohammed may be trying to address. Mortgages account for almost all lending growth by Saudi banks to the private sector, largely a result of lower government investment spending on new infrastructure projects and slower economic growth. And dividend payouts by Saudi companies have already been falling.

The 12-month gross dividend yield for Saudi Arabia’s Tadawul All Share Index was of 2.45% as of Wednesday, about half of the payout level at its 2009 peak, when it hovered around 5%, according to data compiled by Bloomberg. That compares with 1.9% for MSCI Inc.’s benchmark emerging Markets Index.

Saudi Arabia said in February it would stop working with companies that didn’t have their regional headquarters in the kingdom. The announcement was intended to limit “economic leakage” and boost job creation, an official said at the time. The country has historically been served by consultants and advisers based in neighboring Dubai or Bahrain, where foreigners enjoy an easier lifestyle.

Foreign direct investment is languishing below government targets. Prince Mohammed said he wants to see it surpass $500 billion over the next decade. Last year it rose 20% to $5.5 billion, below the kingdom’s targets but bucking the global decline.

“We have 90% of the 27 trillion guaranteed by us Saudis, government and private sector, and the Saudi people,” he told reporters Tuesday. “We are going to attract less than 10% from foreign investment, part of it from regional investors, especially the GCC, and the other part of it from West and East.”

Still, the slow pace of foreign investment may help explain the desire to get local companies contributing more to the economy, said Jean-Francois Seznec, a senior fellow at the Atlantic Council of Washington’s Global Energy Center and a Middle East specialist.

“Saudi Arabia is worried that foreign firms are not jumping through hoops to come to the country,” he said. “They need to make spending less reliant on oil income. How do you do that if foreign investors aren’t coming? One way is to encourage the local private sector to do more.”