The ECB Is No Longer a Reliable Cash Machine for Governments 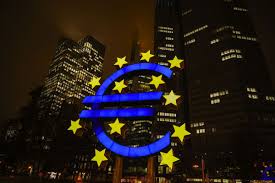 The ECB Is No Longer a Reliable Cash Machine for Governments

Euro-zone monetary policy is subsidizing the finance industry to such a degree that national central banks are having to curtail the cash distributions they normally hand to governments.

The sting in the tail of the European Central Bank’s massive pandemic stimulus, in particular its so-called TLTRO program of loans, is that monetary authorities from Estonia to Austria are facing reduced earnings. That means less money feeding into national treasuries.

The smaller profits, or even losses, are tangible evidence of how monetary policy is straying into territory more usually occupied by fiscal authorities. That’s a source of unease among some officials who would rather the ECB sticks to its knitting, independent of political concerns, and lets governments determine such subsidy-like decisions.

“Policies like the TLTRO discount are fiscal measures,” said Richard Barwell, an economist at BNP Paribas Asset Management. “It is perfectly reasonable for politicians to take an interest in that, and for central bankers to start worrying about potentially large subsidies to any institution or individual.”

The phenomenon is likely to be widespread after the ECB decided last year to sweeten its long-term loans for lenders with interest rates on offer as low as -1%, on condition that they keep credit flowing to the economy.

The ECB and its members have been earning less from the subzero rate on the deposit facility ever since late 2019, when they exempted banks from a portion of charges to relieve the strain on their margins.

The euro area’s monetary authorities each generate money from operations implementing ECB policies such as quantitative easing. They also get a cut as shareholders in the Frankfurt institution relative to each economy’s size.

The euro zone’s central banks doled out more than 1.6 trillion euros ($1.83 trillion) in long-term loans to banks last year subject to the lowest interest rate. The leniency of the TLTRO program could have allowed around three quarters of the participating banks to benefit from the most generous terms, according to Rishi Mishra, an analyst at Futures First.

While each central bank reports earnings at different times and with varying detail, those already signaling lower earnings include Estonia’s, which last month predicted a loss of 10 million euros for 2021. Austria’s government expects to receive no profit transfer at all, a prospect which was highlighted by one of its central bank’s board members in November.

The lower rate on TLTRO operations will “undoubtedly” hurt the earnings of euro-area central banks including that of Latvia, according to Janis Silkalans, a spokesman for the country’s central bank. The institution does still anticipate a profit this year.

The Dutch central bank also anticipates lower earnings from the impact of negative interest rates on their lending and purchase operations, though still expects a profit for 2021, according to a spokeswoman.

“The cost of the steps taken to keep the loan conditions for businesses and people as favorable as possible has been a sharp drop in revenues,” Estonian central bank Governor Madis Muller said in a press statement.

The German government is still counting on a 2.5 billion-euro payout from the Bundesbank, according to draft plans for 2021. That’s the amount it typically allocates to its budget each year, with any excess used to reduce debt.

A Bundesbank spokesperson declined to comment on its financial position before it releases its statement in March.

While finance ministries might be glad for any money they can find as they endure swelling budget deficits to fight the coronavirus crisis, such sums might be relatively marginal.

The wider question of whether losses at monetary authorities matter is largely academic, as observers of the Swiss National Bank’s huge earnings fluctuations might attest to. In theory, central banks can print money to replenish their capital. They can also simply carry over losses into following years, as the Bundesbank often did in the 1970s.

But the notion that governments are earning less from their central banks because of decisions by officials on how to support the finance industry is more politically charged — not least in countries such as Germany, where concerns about monetary independence periodically flare up.

“Subsidies for lending are not necessarily wrong,” said Barwell of BNP Paribas. “The question is: which authority should have responsibility for deciding who gets that subsidy?”