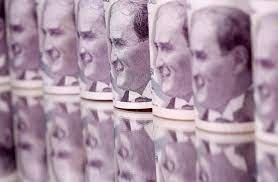 Stocks slid and the Turkish lira tumbled towards a record low against the dollar on Monday after President Tayyip Erdogan shocked investors by replacing Turkey’s hawkish central bank governor with a critic of high interest rates.

Erdogan’s move shunted the lira down as much as 15% against the dollar, the sharpest change since August 2018 when Turkish markets were in another of their periodic crises.

“The authorities will be left with two choices, either it pledges to use interest rates to stabilise markets, or it imposes capital controls,” said Per Hammarlund, senior EM strategist at SEB Research.

“Given the increasingly authoritarian approach that President Erdogan has taken, capital controls are looking like the most likely choice.”

By 0800 GMT, the currency had recovered some of its losses to trade around 7.9904 as Finance Minister Lutfi Elvan said Turkey would stick to free market rules.

The uncertainty saw the index of Europe’s 600 largest stocks fall 0.5%, a milder reaction than an earlier 1.5% fall in Japan’s Nikkei as retail investors faced potential losses on large long positions in the high-yielding lira.

Euro zone banks exposed to the country such as Spain’s BBVA, Italy’s UniCredit, France’s BNP Paribas, and Dutch bank ING fell between 1.6% and 5.2%.

The ripples were more modest elsewhere, with U.S. stock futures close to flat.

Investors are still struggling to deal with the recent surge in U.S. bond yields, which has left equity valuations for some sectors, particularly tech, looking stretched.

Bonds had another wobble on Friday when the Federal Reserve decided not to extend a capital concession for banks, which could lessen their demand for Treasuries.

The damage was limited, however, by the Fed’s promise to work on the rules to prevent strains in the financial system.

A host of Fed officials speak this week, including three appearances by Chair Jerome Powell, providing plenty of opportunity for more volatility in markets.

Monday’s tumble in the lira saw the yen firm modestly, with notable gains on the euro and Australian dollar. That in turn dragged the euro down slightly on the dollar to $1.1890.

After an initial slip, the dollar soon steadied at 108.80 yen, while the dollar index was down slightly at 91.942.

Also supporting the yen were concerns Japanese retail investors that have built long lira positions, a popular trade for the yield-hungry sector, might be squeezed out and trigger another round of lira selling.

Still, analysts at Citi doubted that the episode would lead to widespread pressure on emerging markets, noting the last time the lira slid in 2020, there was little spillover.

“In terms of impact on other parts of the high-yielding EM, we believe that will be quite limited,” Citi said in a note.