U.K. Economy Surges in July but Clouds Gather Over Brexit 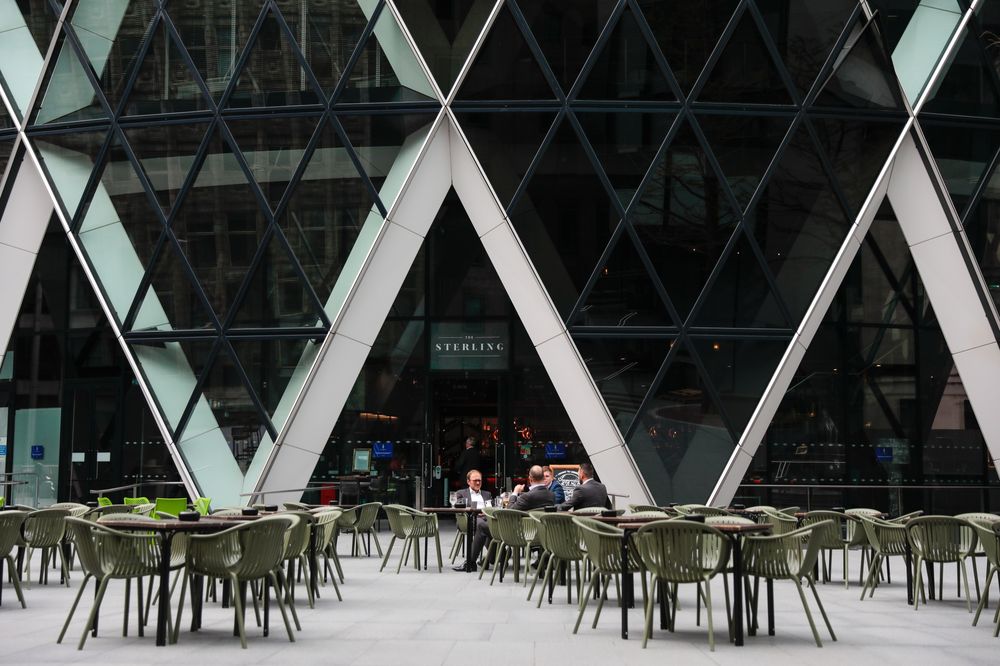 U.K. Economy Surges in July but Clouds Gather Over Brexit

Britain recorded strong economic growth in July as coronavirus restrictions eased, but mounting job losses and the risk of a messy Brexit are threatening a turbulent end to the year.

Gross domestic product rose 6.6% from June, when it gained a record 8.7%, with activity being boosted by the reopening of restaurants and bars in early July. However, the country has clawed back little more than half of the output lost during the lockdown, and recovering the rest may prove difficult.

While Chancellor of the Exchequer Rishi Sunak said the rebound is “welcome,” the U.K. is facing a triple hit that could force policy makers to increase monetary and fiscal support for the economy. Cases of the virus are rising, the government’s plan to end its furlough program could cause a jump in unemployment, and a disruptive split from the European Union hangs over the outlook.

All sectors grew strongly in July, led by construction, the Office for National Statistics said Friday. But output is still 11.7% lower than it was in February, and analysts warn a return to pre-pandemic levels may be a long way off.Risks include mass job losses as government wage support is withdrawn; renewed curbs to tackle a recent spike in Covid-19 infections; and the end of the Brexit transition period. Firms will see the imposition of tariffs, quotas and customs checks unless Britain and the EU strike a trade deal before the end of the year.

“Even with a managed exit from the Brexit transition agreement, it is unlikely that the lost output would be recovered before the end of next year. The latest twist in negotiations raises the prospect that any recovery may take longer,” said Dean Turner, an economist at UBS Global Wealth Management.

The GDP figures come in a week that saw the prospect of an agreement recede dramatically, after Prime Minister Boris Johnson threatened to break international law and re-write the divorce deal he struck last year. That has sent the pound lower in recent days.

The threats are piling pressure on officials in the U.K. to do more to shore up the economy. The Bank of England, which has expanded its asset-buying program and cut interest rates to near zero, has declared it has plenty of room to add monetary stimulus, even including negative rates if needed.

Sunak meanwhile is facing calls to extend wage support for workers in the hardest-hit sectors. The fear is that well over a million people could lose their jobs if the program ends in October, as the government currently proposes.

“The rise in Covid cases and return of public health restrictions means we are coming toward the end of the easy economic wins from restarting activity,” said James Smith, research director at the Resolution Foundation think tank. “Far tougher times lie ahead this autumn.”

The impact could derail the economy’s revival from its 22% contraction in the first half — the deepest slump among major advanced economies.

Recent activity reflects pent up demand and government stimulus such as a temporary tax cut on home-buying and subsidies for eating out during August.Such spending has pushed government debt above 2 trillion pounds ($2.6 trillion) for the first time. That’s affordable for now because of ultra-low borrowing costs, but Sunak has warned of “difficult decisions” ahead — a hint that tax rises will be introduced once the economic crisis has abated.Education grew strongly in July as some children returned to school, and pubs, campsites and hairdressers all saw “notable improvements,” the ONS said. Manufacturing rose across the board, with distillers and car makers posting particularly strong gains, and housebuilding continued to recover.