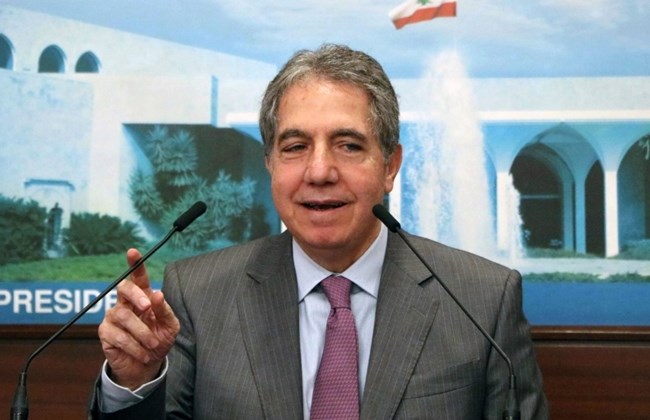 The first priority of the Lebanese government is to restore the stolen and smuggled money estimated between $7 billion and $8 billion, Finance Minister Ghazi Wazni said Friday.

“Before we even consider the option of restructuring the banking sector, the government is determined to first restore the stolen money and repatriate the money that was unlawfully smuggled outside Lebanon. We estimate the value of the stolen and smuggled money to be between $7 billion to $8 billion,” Wazni told The Daily Star in an interview over the telephone.

This decision by the government of Prime Minister Hassan Diab was one of the main conditions of the activists who took part in the anti-government protests on Oct. 17, 2019.

Wazni did not specify how the government would pursue this goal or who stole the money.

“All I can say is that this is the first goal of the government, in addition to restructuring the public debt. We are not going to take any action regarding the restructuring of the banking sector before solving these issues that are considered very crucial,” the minister explained.

Some economists and activists believe that over $4 billion to $5 billion were transferred outside Lebanon in the past few months.

Diab’s government has pledged to crack down on corruption and end waste in all public departments as part of efforts to implement broad reforms in the country.

Wazni said that the work on tracing the smuggled money would start as soon as possible and the government had made all the preparations to achieve this goal.

“I can’t give a timeframe on when we will be able to restore the smuggled money or seize the stolen money. But for us this is a priority,” the minister said.

“It’s too early to talk about bank restructuring. Our priority is to restructure the public debt first. We plan to hold talks with local and foreign creditors first to discuss the mechanism of this step,” he added.

Wazni said the government woukld implement all or most of the reforms mentioned in the paper presented by the Lazard consultant firm, the Finance Ministry and the Office of the Prime Minister.

“We are aiming for $10 billion to $15 billion of financial assistance from abroad over five years. But no one will give us this money if we don’t implement reforms,” he added.

According to the government reform program, the government said it’s net external financing needs over the next five years are projected in the $10 billion to $15 billion range under an optimistic economic scenario of gradual recovery.

“In this baseline scenario, which embeds a large and rapid international support, we assume that the contraction of the current account is limited in size, allowing the economic recovery to materialize within a reasonable timeframe. We assume part of the international support in 2020 will take the form of emergency assistance provided by the IFIs to support spending relating to the COVID-19 crisis,” the paper said.

Wazni said that CEDRE had pledged $11 billion in soft loans if the government implemented reforms.

“We may use CEDRE money or IMF loan program but on condition if we implemented reforms,” he added.

“Gross cumulative external funding gap is projected at $27 billion. However, we assume that the external debt default situation is cured in 2020 with a successful public debt restructuring, enabling considerable savings in the external debt service and a gradual return to international capital markets in three years’ time. We finally assume that inflows of private dollar gradually resume after the full clean-up of the banking sector, including BdL,” the paper said.

Wazni repeated that the government’s principal aim is to preserve the money of the depositors and any talk about a haircut is a bit premature.

“Lebanon’s overall public debt restructuring cannot be avoided because the needed fiscal adjustment is just too large. With public debt interest payment currently representing more than 10 percent of GDP, the required fiscal consolidation to achieve a balanced or moderately negative overall budget balance would be too much of a burden on the Lebanese people especially in a time of recession. Moreover, Lebanon’s overvalued official exchange rate will eventually lead to a sharp depreciation to unify it with the current parallel rate, which is currently 40 percent more depreciated. This will further raise the public debt ratio (as c. 35 percent of the government debt is denominated in foreign currency) making it less sustainable,” the government said.

The paper added that Lebanon is faced with very large financial imbalances that have reached a level rarely seen in other countries faced with multi-pronged crisis.

“Expansionary fiscal policy and an overvalued exchange rate, on the back of massive foreign inflows, have contributed to a persistently wide external current account deficit, driven by high imports, while exports remained modest, and the deterioration of the net external position,” the paper said.

It added that the analysis of the aggregate balance sheet of the Lebanese financial sector – commercial banks and Banque du Liban combined – points to a very large currency mismatch of c. $63 billion, e.g. more than 120 percent of GDP.

“This foreign currency mismatch can no longer be mitigated by inflows of foreign deposits that dried-up over the past months and will realistically not recover in the foreseeable future,” the paper said.